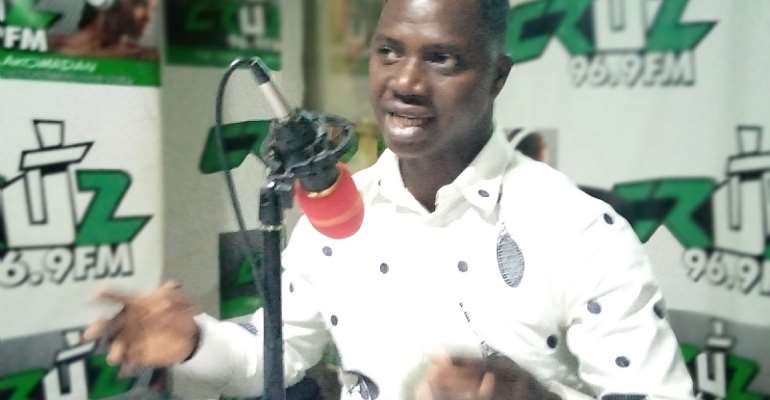 The NPP Vice Chair expressed dismay at the development in a discussion on the Cruz's 'Kokrokoo morning' show annex in Akumadan Wednesday 14th October, asking the spiritual man to rather channel his energy and ideas into supporting the NPP and Collins Ntim for the common goal.

According to him, Kwaku Bonsam popularly known as 'Kofi'oo Kofi' is regarded as an elder and a part of the traditional council who should stay behind for elderly counsels and intuitive support.

"As for Nana, I wish to appeal to him to join us with his support and be advising us behind the scene because it's quite amazing and worrying. Aside the constituency, Nana is very popular in Ghana and even outside Ghana due to his endeavours physical and spiritual realms", Mr Acheampong told SK De Broadcaster.

He therefore charged party supporters to go all out and campaign massively to retain Hon. Collins Ntim and President Nana Akufo-Addo to continue their good works.

Reacting to Kwaku Bonsam's criticism of Hon. Ntim for underperforming in his three terms as MP for the area, Mr Vincent Acheampong described the comment as an attempt to sway voters.

"Nana Kwaku Bonsam is like a chief, he's part of the traditional council and so for the past ten years when he identified some lapses in Ntim's performance as MP, why didn't he draw his attention or voice it out publicly but wait till when he's now contesting as an independent candidate?", the chairman quizzed.

He went ahead to rate his MP's performance at 95% infrastructural wise and thus deserves more endorsement by the electorate of Offinso North to keep it up the good works.

He mentioned some 78 different projects executed by government in the district including the newly Assembly block which was commissioned on Wednesday October 14 by his excellency the vice President Mahamudu Bawumia as justification for his assessment.

The Offinso North constituency for the first time is being contested by four contestants with two independent candidates.

This according to the NPP vice chair, is disturbing the fortunes of the NPP party in the area.

Six die in accident at Hemang after car crashed into wrongly...
21 minutes ago