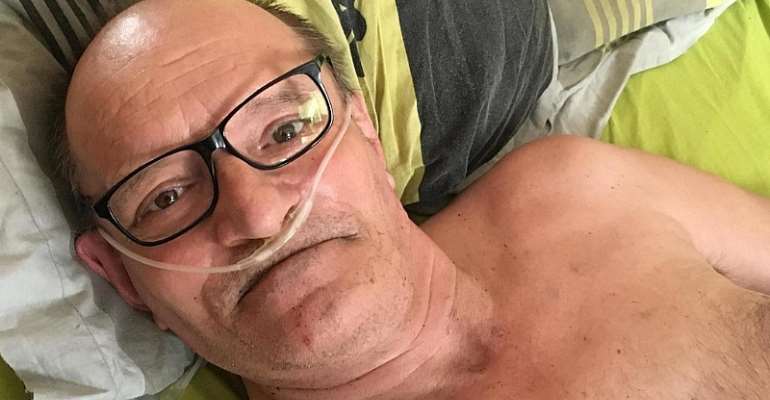 A Frenchman who said he would refuse all food and medical treatment in his fight to secure right-to-die laws for terminally ill patients has called off his strike after being hospitalised.

Cocq abandoned that first bid after saying the suffering became too intense.

Despite having vowed Monday to go "to the end" of his second attempt, Cocq again began accepting food and treatment.

"My health is deteriorating rapidly," he wrote in a short text message to the French AFP news agency, adding that he was back at home in Dijon, in eastern France.

He was unable to endure the suffering that increased after treatment stopped, according to Jean-Luc Romero, president of the ADMD right-to-die association.

Alain Cocq has lived for years with a rare and painful condition that causes the walls of the arteries to stick together. A series of operations in recent years has not prevented him from becoming bedridden.

Initially he wanted to broadcast his death on Facebook, but the social media giant blocked the attempt, saying its rules do not allow it to portray suicide.

For his second attempt, he enlisted Francois Lambert, a lawyer and nephew of Vincent Lambert, a terminally ill patient whose right-to-die case divided French opinion, as well as Lambert's own family.

Lambert, who was in a vegetative state since a traffic accident in 2008, died in July 2019 after doctors removed life support following a long legal battle.

Cocq specified in his will that, even if he requested hospitalisation, "it didn't mean that he wanted to live," Francois Lambert said, but that he wanted doctors to administer powerful sedatives to ease his final moments.

"But the hospital did not offer him deep sedation," Lambert told AFP, saying that given Cocq's "altered mental state" he was unable to make the request himself.

Cocq wrote to Emmanuel Macron in September asking to be given a drug that would allow him to die in peace, but the president wrote back to say it was not possible under French law.

"Your wish is to request active assistance in dying which is not currently permitted in our country," Macron wrote in response.