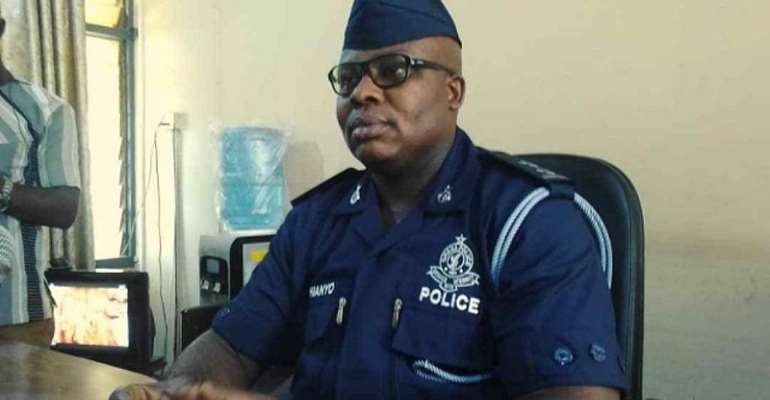 The Ashanti Regional Police Command has invited victims of a robbery attack on the Heman-Ejuratia and Mamponteng highway.

The incident happened around 7:00pm on October 7, and it had been reported in the media who quoted opposition NDC officials as claiming that five of their officials were among the victims.

The Ashanti Regional Police Command has, however, stated that per their records no political party member was attacked, so they have appealed to the supposed victims to report the case for an action to be taken.

“The robbery was an attack on a Nissan Urvan bus with registration number GX 4261-16, with six occupants including the driver,” a police press release disclosed.

Signed by ASP Godwin Ahianyo, the Regional Police PRO, the release said the driver was shot and wounded by the runaway robbers, and he was subsequently treated in a hospital.

The police also said efforts were being made to trace the whereabouts of the five other occupants in the car who are unknown to the driver to assist in investigations.

“However, there are some reports in the public space suggesting that the five occupants are known sympathisers/members of a certain political party. The command therefore appeals to any persons who are victims of armed robbery on the Heman-Ejuratia and Mamponteng highway in October 7 to report,” he said.

ASP Ahianyo also appealed to the executives of the various political parties in the region to urge their members who are victims of the robbery attack to report to the police.

The police PRO also appealed passionately to the public, notably those with information about the suspects of the incident, to assist the police to arrest the criminals.