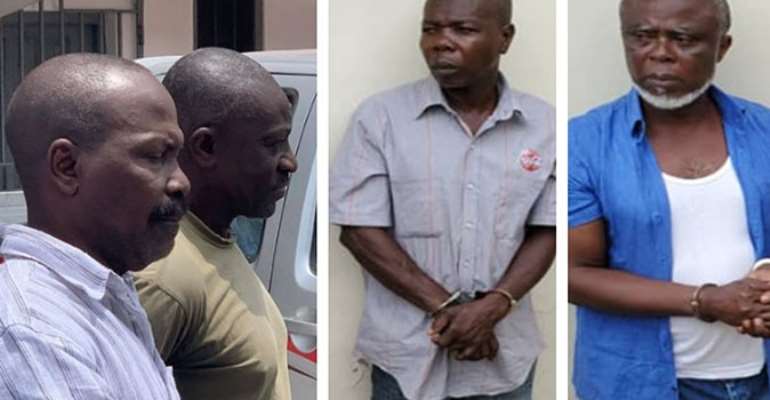 The Attorney General's Department has filed all prosecution documents for the trial of 10 persons who are before an Accra High Court for allegedly plotting to destabilise the country.

The documents include witness statements as well as attachments of pieces of evidences which will be tendered by the prosecution witnesses when they are called.

The AG's Department also filed documents such as the actual police statements of their witnesses in fulfillment of the requirements for them to file all document, including those they will not rely on.

Appearing before the court yesterday, Hilda Craig, a Senior State Attorney being led by Winifred Sarpong, a Principal State Attorney, told the court that they filed the documents as far as back September 23, and called the lawyers on phone to inform them about the official filings.

But the lawyers told the court that they had not been served with what had been filed, and Victor Adawudu who represents six of the accused persons told the court he was only told yesterday morning that it was filed but he had not yet seen the documents.

The court presided over by Justice Samuel Adibu Asiedu, a Court of Appeal judge sitting as an additional High Court judge, told the prosecution to ensure that the defence lawyers have been properly served with all the disclosures.

Ms. Craig also told the court that following the filling of the prosecution documents, they were ready for the court to empanel a jury to hear that matter.

However, Justice Asiedu stated that the registrar of the court had written to the various institutions and steps were being taken to make available personnel who will sit as jurors.

He said in the meantime, the prosecution should see to it that the counsels for the accused persons have all the disclosures so that they have ample time to study them while they await the registrar on the way forward with the jurors.

The court then adjourned the case to November 20, 2020 for continuation.

The other two accused persons are ASP Dr. Benjamin Agordzo and WO II Esther Saan aka Mama Gee.

The accused persons are said to have held discussions on whether or not to kill the President once their alleged coup plot had succeeded.

They are also alleged to have planned to acquire electronic equipment solely for the purpose of jamming the National Communications Authority's system to render all broadcasting stations (except the state broadcaster) useless.

Beyond the killing plot, the prosecution is alleging that the accused persons had discussions towards capturing top public officials.

Again, the accused are said to have procured weapons, including improvised explosives and test-fired them and also contracted persons to manufacture grenades, pistols and other dangerous weapons for the supposed coup.