Despite Growing Social Media Usage, Over Half Of Ghanaian Youth Are Concerned About The Fake News ‘disinfodemic’ And Their Ability To Stay Informed
By Ichikowitz Family Foundation 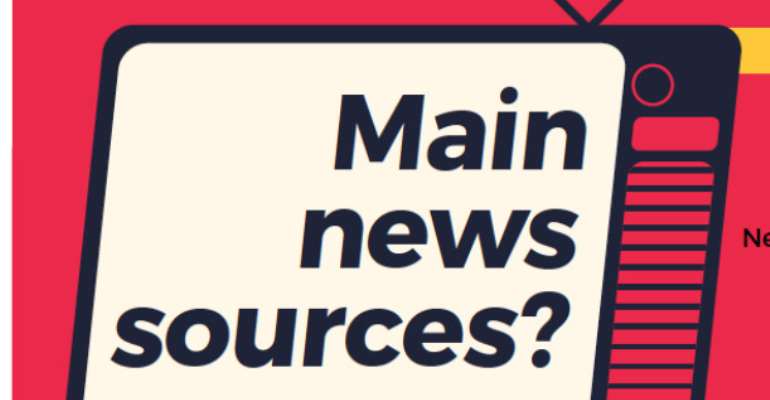 Johannesburg, South Africa, October 15, 2020 — According to a recent study, nearly nine in ten (84%) of Ghanaian youth polled suggest that the rise of ‘fake news’ breaking out across their country and around the continent has impacted their ability to stay informed.

The African Youth Survey (AYS) is the most comprehensive research on Africa’s youth to date. Conducted by PSB Research (part of WPP Group), the study involved face-to-face interviews with young Africans (aged 18-24) men and women, held across the major urban centres of Congo Brazzaville, Ethiopia, Gabon, Ghana, Kenya, Malawi, Mali, Nigeria, Rwanda, Senegal, South Africa, Togo, Zambia and Zimbabwe; a project meant to develop foundations for a better global understanding of a demographic that is all too often misunderstood.

According to the groundbreaking survey, almost four in ten (37%) polled in Ghana believe that largely social media driven fake news affects them a “great deal.” Worryingly however, over seven in ten (71%) of those polled in Ghana claim that they predominantly use the internet and social media to read and share articles, surveyed amongst all media platforms as one of the most popular methods of news consumption and checked at least 2-3 times a day by over one third of the populous surveyed (34%). Google was also notably viewed as trustworthy by nearly three-quarters of the population (74%).

Over eight in ten young Ghanaians (84%) suggest that social media applications, primary hubs for the spread of misinformation, often veiled as ‘citizen journalism’, including Facebook, Instagram, and Snapchat, are the most important ‘apps’ on their smartphone; ‘News’ apps were deemed most important by only 31% of the population surveyed.

As Ghana is preparing for its national elections in December, there are increasing concerns about the spread of fake news by political parties to gain advantage over their rivals. The pervasive spread of fake news is impacting political discourse as policy-makers have in recent months been falsely accused of international embezzlement to incite the electorate, while access to capital has ensured an uneven advantage in social media content distribution, according to researchers of the University of Exeter in the U.K.

A recent UNESCO report indicates that while many African nations such as Ghana continue to implement social distancing and travel restriction measures to avoid the spread of the deadly COVID-19 (coronavirus) disease, false information spread on the internet and on social media channels, such as wildly unsubstantiated claims in-country on portals such as Facebook that the coronavirus has now been eradicated and therefore Ghanaian citizens should disregard the wearing of face masks, or a 14-minute falsified digital broadcast wherein an impersonator of President Akuffo-Addo warned Ghanaians that public quarantines are part of a global depopulation agenda has some commentators now referring to the new avalanche of ‘fake news’ that has accompanied the outbreak as a ‘disinfodemic’.

In addition to concerns from public bodies over the rampant and uncontrolled spread of misinformation regarding COVID-19, the African Youth Survey indicates there is continued susceptibility to the dangers of fake news, which has long been a purveyor of often hate speech and even xenophobic violence.

Young Ghanaians are already experiencing the negative impact of social media driven ‘fake news’. Over four in ten (42%) know someone or have personally been the victims of online bullying. When asked, over one third (31%) of survey respondents from Ghana thought the world would be better off without social media entirely.

Facebook in particular has faced mounting criticism for failing to police news content, including an initiative from some African nations to criminalize fake news. In response, the Silicon Valley-headquartered company announced an effort to check news content on its site in various African languages.

Facebook founder and billionaire Mark Zuckerberg has adamantly suggested the “…future will be built in Africa”, with the African Youth Survey’s findings reporting that nearly nine in ten (86%) Ghanaian youth agree that the 21stcentury will be the African century.

A spokesperson of the Ichikowitz Family Foundation, stated: “Our Survey results are alarming and reveal that our continent’s young people are particularly vulnerable to a growing fake news disinfodemic. We find specifically in Ghana that the nation’s youth are relying on social media as a top source of news, despite being aware that fake news is rampant and impacting their ability to stay informed on a daily basis. What has become abundantly clear is that social media companies such as Facebook and WhatsApp hold a much greater responsibility, especially in Africa, to act against fake news and impede those disseminating lies, hatred and racial discourse.”

The Ichikowitz Family Foundation has published the full findings of the survey with the hope of providing useful data in informing and designing improved social policy and corporate social responsibility initiatives. The organisation plans to administer and publish the survey on an annual basis for the foreseeable future.