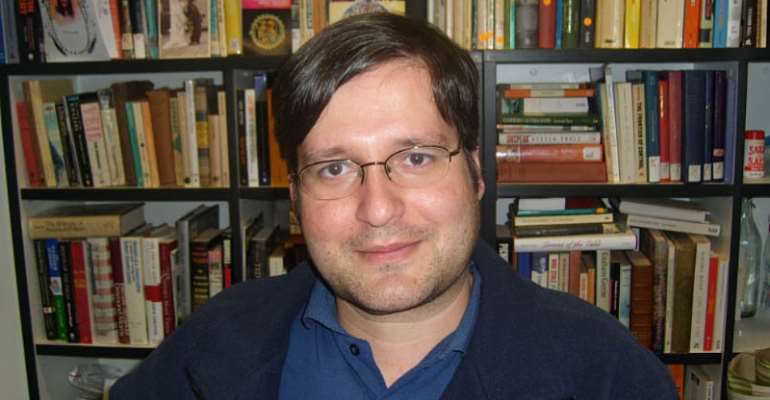 In July 2017, two journalists working for the Australian Broadcasting Corporation, Dan Oakes and Sam Clark, wrote of a stash of incriminating documents, running into hundreds of pages. They were “secret defence force documents leaked to the ABC”. These documents gave “an unprecedented insight into the clandestine operations in Australia’s elite special forces in Afghanistan, including incidents of troops killing unarmed men and children.”

In exposing these depravities of invasion, adventurism and war, the devotees of secrecy got busy. Bureaucrats chatted; investigations commenced. On June 5, 2019, officers of the Australian Federal Police raided the Sydney offices of the ABC. It was a busy time for the police; Annika Smethurst of News Corp was also the subject of a warrant, having written about discussions about a proposed enlargement of surveillance powers already possessed by the Australian Signals Directorate. Both warrants had been executed pursuant to alleged breaches of official secrecy under the old version of the Crimes Act 1914 (Cth). Legal affairs editor of The Australian, Chris Merritt was alarmed enough to write of a less than brave new world. “Welcome to modern Australia – a nation where police raid journalists in order to track down and punish the exposure of leaks inside the federal government”.

Both warrants were subsequently challenged. The returns for journalism were mixed. In the case of the ABC, they were abominable. In February, the Federal Court Justice Wendy Abraham dismissed the effort by the broadcaster to impeach the warrant. She found the warrant validly drafted and sufficiency clear. Justice Abraham also affirmed that the implied constitutional right to communicate on political subjects was not a personal, enforceable one, merely a restraint on state power. “[T]he notion of speech as an affirmative value has no role to play.”

This formulation of Australian law, miraculously extracted from the worn teeth of the Australian constitution, is designed to render any such rights inoffensive and benign, lest the citizenry get uppity with such ideas as free speech. This state of affairs ought to encourage a move towards a bill or charter of rights, but Australia’s politicians will have none of it. Constitutionally enshrined rights would only inhibit the powers of parliament and frustrate the ever abstract sovereign will.

Smethurst had better luck in invalidating the search warrant on April 15. But the judges of the High Court found against the police the way a teacher might against an essay from a student prone to poor grammar. The warrant in question failed “to identify any offence under section 79(3)[of the Crimes Act]” and significantly misstated “the nature of an offence arising under it.” In short, go back to class and mind your punctuation before searching the homes and workplaces of journalists. The ill-gotten gains of the police – material taken from the Smethurst’s home – could still be kept, guaranteeing her a run of sleepless nights.

The AFP subsequently confirmed that a brief of evidence had been submitted to the Commonwealth Director of Public Prosecutions (CDDP), the result of the July 11, 2017 referral received from the Chief of the Defence Force and then acting-secretary of defence. It recommended that charges be made, though only against Oakes.

With Oakes facing a gloomy prospect of being charged, the Parliamentary Joint Committee on Intelligence and Security released its report on “the impact of the exercise of law enforcement and intelligence powers on the freedom of the press.” The report, with its 16 recommendations, was predictably weak and timorous. At times, it reads like a cosy overview of how government institutions in the country truly appreciate the role of a free press. There are merry references to Australia’s vibrant democracy. It notes such fairly meaningless improvements as the Attorney General’s direction of September 19, 2019 that his consent would be required were the CDPP to initiate prosecutions against journalists.

The power to issue warrants against journalists was barely challenged. At most was a qualifying recommendation that the role of the Public Interest Advocate be expanded. This creature was already an oddity, given the secretive nature of the office. We know little about the credentials of those who occupy the office, nor its actual workings. The committee suggests a more active role for the advocate in dealing with warrant applications against journalists and media investigations concerning breaches of government secrecy. “The PIA must represent the interests of the principles of public interest journalism, and be authorised to request information to clarify elements of the warrant application provided by ASIO or an enforcement agency to enable the case to be built in their submission.” The monstrous chink in this already perforated armour is that that the PIA is wholly dependent on the evidence and claims of the government agency. The balancing act ceases to be credible.

With this less than comforting backdrop, it was confirmed on October 15 that the CDDP would not be taking the matter up against Oakes. According to a statement from the AFP, “In determining whether the matter should be prosecuted, the CDPP considered a range of public interest factors, including the role of public interest journalism in Australia’s democracy.” Having applied its own version of a “public interest” test (all government agencies seem to be doing so these days), the prosecutor found no reason to pursue the case despite believing that there was a “reasonable chance” of securing a conviction on three criminal charges.

The conclusion of the case against Oakes can only be troubling. The CDPP preferred waving the wand of deterrence just in case other journalists might wish to engage in the same practice. After all, there was a “reasonable” chance of securing a successful conviction. Clark, while welcoming the decision, claimed that “the matter should never have gone this far.”

As with the dangerous US Department of Justice indictment against WikiLeaks publisher and Australian national Julian Assange, the very fact of its existence is, in itself, threatening. It is a roaring threat, a promise that publishing national security information that reveals the dark side of state power will be pursued, and, importantly, can be pursued.