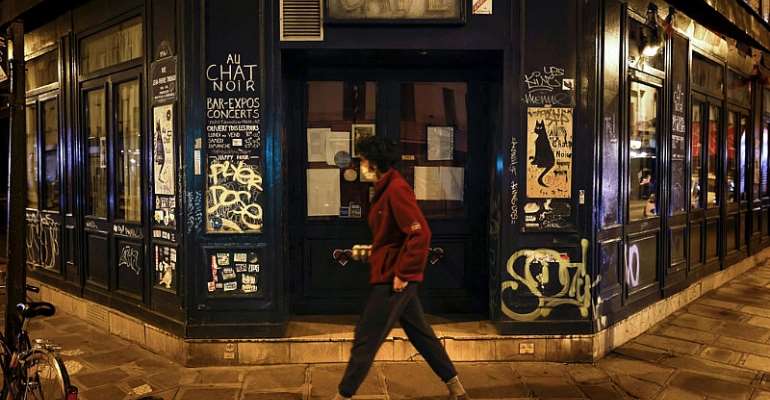 On the eve of the imposition of a dawn-to-dusk curfew in major French cities, the public health authorities have confirmed 30,621 infections in 24 hours, a tragic record.

As governments worldwide attempt to slow the alarming second wave of coronavirus infections, and France prepares to impose a dusk-to-dawn curfew on nine major urban areas, the WHO has described the situation in Europe as "very worrying".

The French curfew will affect 20 million people, and will remain in force for at least the next four weeks. The confinement rules come against a background of a record number of confirmed cases . . . 30,621 . . . in 24 hours, and increasing pressure on hospital emergency services.

The threshold of 20,000 daily infections was passed on 9 October.

The French infection rate is also rising, with 12.6 percent of those tested on Thursday proving positive, as against 12;2 percent in the previous 24-hour period.

A further 88 people died of Covid on Thursday (compared to 104 the previous day), bringing the national death toll since the start of the epidemic to 33,125.

WHO worried about the winter

Meanwhile, the World Health Organisation has expressed its concern at the rapidity of the spread of Covid in Europe, noting that Covid infections now account for more than 1,000 deaths every day, making coronavirus the fifth most serious cause of death.

The WHO has warned that a death rate "four or five times worse" than during the first wave in April can be expected between now and January if efforts to control the epidemic are not maintained.