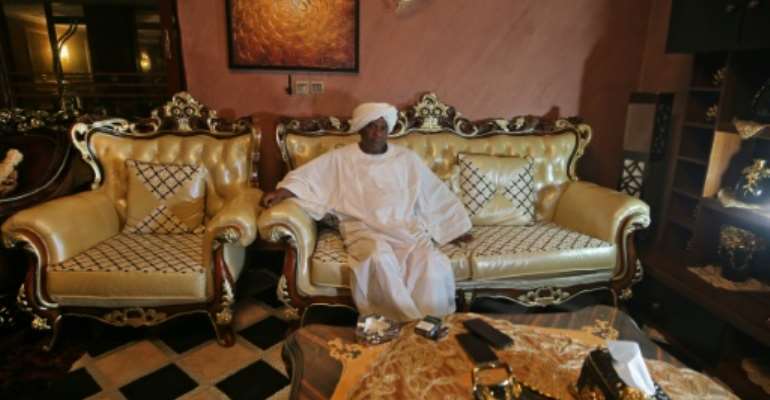 Sudanese businessman Abu al-Qassem Bartoum is organising a trip to Israel with 40 compatriots from all walks life, he hopes will help overcome people's suspicion and fear. By ASHRAF SHAZLY (AFP)

Bortoum has drawn up a list of 40 Sudanese from all walks of life, regions and ethnicities he wants to join him when he leads a trip to Israel he hopes will help overcome people's suspicion and fear.

"There are university professors, workers and farmers, singers, athletes and even Sufis," said Bortoum, 54, who heads agricultural and transport companies.

But the plan raises eyebrows in the North African nation, where leaders are split on the question of normalisation of ties with the Jewish state.

Bortoum said he had organised the five-day trip scheduled for November -- costing $160,000, or some $4,000 per person -- with "Israelis from civil society", but who he did not name.

"The objective is to break the ice," he said.

A former member of parliament, Bortoum was suspended in 2015 after he sparked fury from the Islamist regime then in power, when he called for the abolition of Islamic law and for relations with Israel. 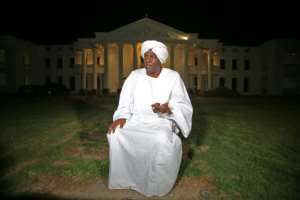 Sudanese businessman Abu al-Qassem Bartoum, speaking in front of his mansion with a facade like the White House, believes his country will be better served by having ties with Israel. By ASHRAF SHAZLY (AFP)

He claims to have never been to Israel, and to have no contact with the authorities there.

Israel and Sudan do not have relations, and the two countries have been technically at war for decades.

Bortoum said nothing prevents him from going as travel restrictions were lifted over a decade ago.

"There is a psychological blockage on the part of ordinary people, because of the intellectuals imbued with Islamist ideology, the left, or Arab nationalists," Bortoum said.

In a poll released last week by the Arab Center for Research and Policy Studies, only 13 percent of those questioned in Sudan supported relations with Israel -- compared with 79 percent against.

Bortoum brushes aside the matter of Israel's occupation of Palestinian territories.

"I care about the interests of my country, and I see that our hostility towards the Jewish state has hurt us," said Bortoum.

"Our country is rich in natural resources -- and yet we are reduced to begging." 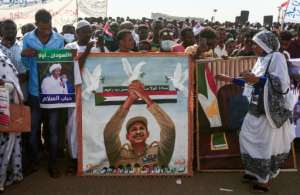 Sudan's government and a coalition of rebels signed a peace deal earlier this month to end decades of civil war -- and some Sudanese also want a deal to end decades of hostility with Israel. By Ebrahim HAMID (AFP)

Sudan's economy is in crisis, partly due to sanctions imposed because it is on a US blacklist as an alleged state sponsor of terrorism.

The sanctions have had dire economic consequences, blocking investments and development.

Bortoum says it has also kept Sudan from accessing technology.

"An agreement with Israel will open the doors to Western technological investment for us," he said.

"Israel is a small country, but its citizens have an impact on the economy in Europe and the United States."

Sudan's transitional government, which came to power a year ago after Islamist president Omar al-Bashir was ousted, brings together old rivals into a coalition.

Any deal with Israel under Bashir would have been unthinkable.

But there remain strongly different opinions among top leaders, since a deal with Israel potentially risks undermining that fragile political unity.

Mohamed Hamdan Daglo, the council's vice-president and a paramilitary commander, has been blunt in his support.

"Israel is a developed country... for our development, we need Israel," he said.

The administration of US President Donald Trump wants Sudan to follow suit, and Secretary of State Mike Pompeo visited Khartoum in August to push a deal.

But Prime Minister Abdalla Hamdok later said Washington should separate the issue of removing Sudan from the US blacklist from recognition of Israel.

Hamdok last month said normalising ties has "many other complications," and that the matter "requires a deep discussion within our society." 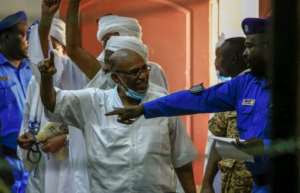 A deal between Khartoum and Israel would have been unthinkable under the old regime of ex-president Omar al-Bashir -- here photographed during his ongoing trial earlier this month -- but normalising ties with the Jewish state remains controversial. By ASHRAF SHAZLY (AFP)

"The Hamdok government has no vision -- either on the problem of the economy or on international relations," he said.

"By 40 votes out of 50 we issued a fatwa stating that relations with Israel are prohibited because the nation occupies Palestinian land," Hamza said. "I think the government will follow this recommendation."

But Bortoum believes his trip will help build trust between people, and is determined it goes ahead.

"The question of Israel is political and not religious," Bortoum said. "I know that my trip will provoke negative reactions -- but that does not frighten me."