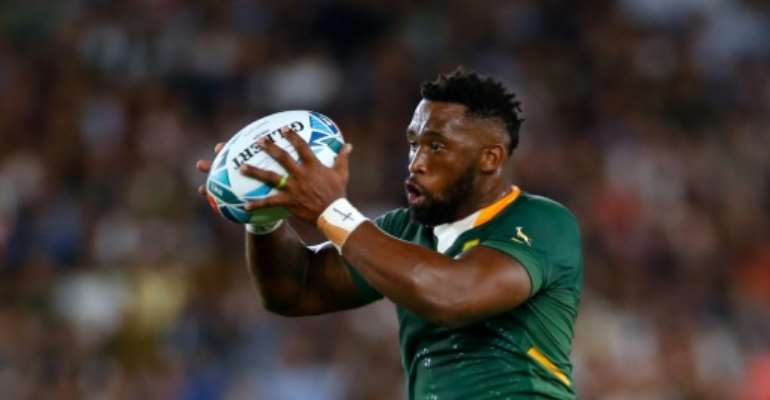 SA Rugby refused to comment Thursday on reports that the world champion Springboks will not defend the Rugby Championship title in Australia from next month due to insufficient preparations.

South Africa were included with Australia, Argentina and New Zealand in the fixtures, but the organisers admitted last month that there were doubts about their participation.

The Stormers, who supplied eight of the 2019 Rugby World Cup-winning squad including captain Siya Kolisi, will this Saturday play their first competitive match since March.

This would mean Kolisi and his franchise teammates travelling to Australia with a maximum of 80 minutes' game-time while Springboks coach Jacques Nienaber wanted close to 500 minutes.

"If we cannot play six competitive games, then I do not think we will go (to the Rugby Championship). The risk to player well-being would be too great," the coach said recently.

South African director of rugby Rassie Erasmus said: "We desperately want to play. The thought of a whole year going by without the Springboks playing a Test is terrible.

"While we are trying everything we can to make it possible, there are difficulties. We have to get five of six games for the players before it is safe for them to compete in Tests."

An SA Rugby spokesperson said "speculation in the media that the Springboks would not compete in the Rugby Championship had been noted".

"However, SA Rugby would make no comment on the reports until the Rugby Championship organisers had updated all stakeholders through official channels."

On Wednesday, SANZAAR (South Africa, New Zealand, Australia, Argentina Rugby) said they had extended by 48 hours to Friday a deadline for South African officials to make a decision.

The Springboks, who beat England in the 2019 Rugby World Cup final in Japan, had been due to play on six consecutive Saturdays from November 7, starting with a Test against Argentina.

If South Africa do not travel to Australia, they could face the touring British and Irish Lions in Soweto next July having not played since beating England in November 2019.

There will also be a considerable financial blow with SA Rugby standing to lose a reported 300 million rand ($18 million/15.5 million euros) by not taking part.

The governing body had to slash 1.2 million rand of the 2020 budget after the coronavirus pandemic halted rugby in South Africa last March.

SA Rugby suffered losses in 2016 and 2017 before making small profits in the following two years.