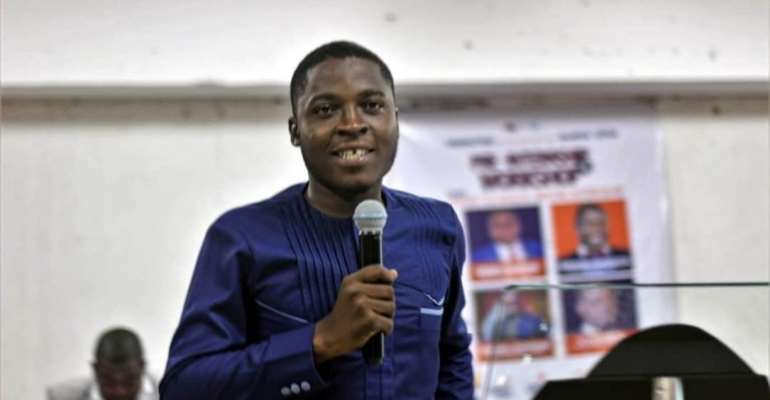 The Deputy National Youth Organiser of the opposition National Democratic Congress (NDC), Edem Agbana has rejected claims that his party has created alleged fake websites to misinform the public and cause disaffection for the governing New Patriotic Party (NPP).

Dr. Mustapha Hamid , a Deputy Campaign Manager of the NPP, at a press conference on Wednesday, October 14, 2020, accused the NDC of creating some portals to churn out fake stories.

“The NDC has resorted to spreading fake news to dent the image of the NPP government. A fake news portal, graphicgh.com, has been created to mimic graphic.com.gh to churn out fake news that misinforms the general public. Indeed, the NDC has registered and is using so many of such domain names to populate the internet space with a lot of fake news.”

“It was therefore not surprising that leading NDC operatives started referencing graphicgh.com, the fake news portal, as the source for the alleged blacklisting of Ghana by the European Union (EU),” he added.

But Mr. Agbana while speaking on news review segment of Citi TV‘s Breakfast Daily on Thursday, October 15, 2020, rejected the claims.

He described such claims as ‘petty politics’ by the NPP.

According to him, President Akufo-Addo has failed terribly in handling security issues in the country and should be blamed for what is happening in the country.

“My point is that there is a global trend of fake news and sadly we are all victims of same. In 2016 a number of despicable things were written about John Mahama and other NDC officials. I used to work with Samuel Okudzeto Ablakwa and a number of times we had to issue disclaimers about stories done about him. So for the NPP to take this fake news issue and try to put at the doorsteps of the NDC and blame the NDC for it, how ridiculous can this be?”