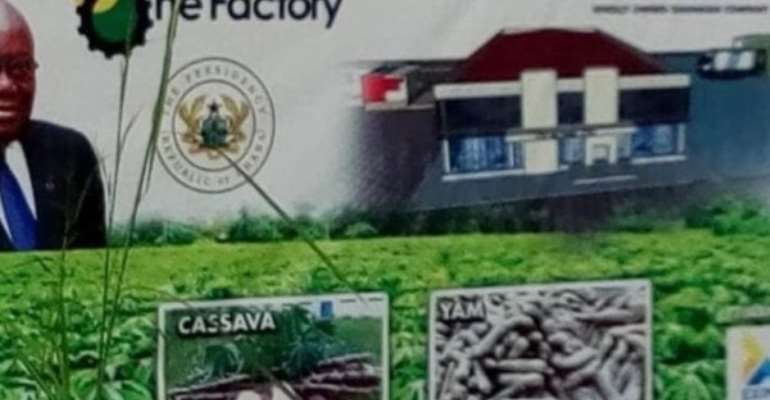 Mr, Patrick Chartey Jilima, Krachi East Municipal Chief Executive has disclosed that works on the cassava processing factory at Adonkwanta is about 97% complete and will soon be operationalised.

He said when the facility becomes operationalized, it would encourage a young people to go into agriculture especially the youth in the constituency.

Mr Jilima disclosed this during an inspection tour of the facility, which is expected to produce cassava flour and chips for industrial purposes.

He said it would also reduce the unemployment rates in the Municipality and boost the agribusiness sector opening economic chances for women and persons living with disability.

Mr Kwadjo Dei, Municipal Director of Agriculture said the Ministry of Trade and Industry had brought machines, which would be installed as soon as the structure was completed.

He said officials from the directorate would visit the facility and inspect the progress of work and the way forward.

Some farmers, who spoke to the Ghana News Agency indicated that the establishment of the cassava processing factory would encourage them to increase cassava and yam in commercial quantities to feed the factory knowing their produce would be bought to avoid the perennial case of postharvest losses.

They stated that most farmers stopped farming because of the lack of patronage, which is the biggest challenge, but were optimistic that the situation would change with the establishment of the factory.

Six die in accident at Hemang after car crashed into wrongly...
16 minutes ago