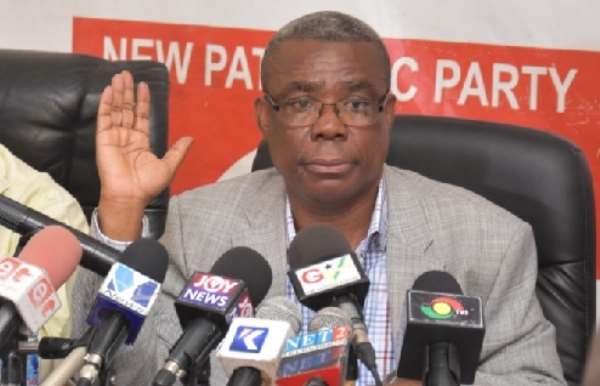 The ruling New Patriotic Party (NPP) says it will retain the Wulensi seat in the Northern Region at all cost.

It is also confident of increasing votes for President Akufo-Addo in the upcoming polls.

An aspirant who threatened to contest as an independent candidate, Alhaji Abdulai Haruna after the party's primaries has rescinded his decision.

Mr. Haruna and his supporters have subsequently reconciled with the party and promised to work for the victory of the NPP.

Speaking to Citi News after a meeting with Alhaji Abdulai Haruna and his supporters, Campaign Manager of the NPP, Peter Mc-Manu said the party is more than united to win the constituency.

“I want to extend appreciation to the people of Wulensi especially Alhaji Abdulai Haruna and use the occasion to congratulate the people for the unity they have brought to the party in Wulensi and the good works they have done which gives me hope that we are going to retain the seat and increase the margin of vote for the President,” he said.

Some aggrieved NPP members who claim they were unjustifiably disqualified from contesting in the party's parliamentary primaries have resolved to contest the polls as independent candidates.

Constituencies, where such issues have been reported, include Asokwa, Bekwai and Ahafo-Ano-North.

The NPP had put in place a national reconciliation committee to engage aggrieved candidates going independent.

President Akufo-Addo and Vice President Bawumia had been urging party supporters not to back members going independent.

The NPP has written to Parliament to complain about the MP for Fomena in the Ashanti Region, Amoako Andrew Asiamah, who has filed to contest as an independent parliamentary candidate.

“By so doing, he has presumably vacated his seat in Parliament pursuant to Article 97(1)(g) of the 1992 Constitution of the Republic,” the party indicated.

The NPP does not expect the decision of some of its members to contest as independent candidates in the December polls to affect its chances.

Deputy General Secretary of the party, Nana Obiri Boahen, says the party has informed all such candidates that they cease to be members of the NPP under Article 3(9) of its constitution.

Nana Obiri Boahen in a Citi News interview said such occurrences are always to be expected but will be properly managed.

“Sometimes, you will not have all the numbers. It is just unfortunate that they have decided to go away. We are dealing with human beings and political parties are run by human beings so it is a natural phenomenon. So we need not be surprised by some of these things. In NPP, thousands will go away and thousands will come in. Never mind because there is nothing we can do. People have spoken and impressed on them, so they want to go with them so that they don't run them down”, he noted.

Six die in accident at Hemang after car crashed into wrongly...
48 minutes ago