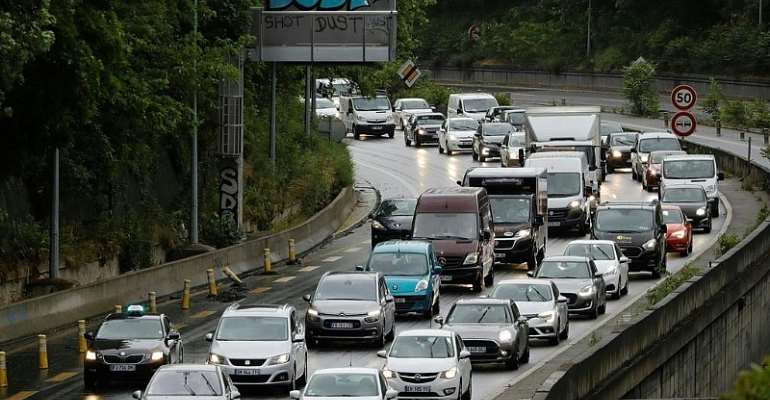 In grim news for lovers of big cars, France is to introduce a weight tax for vehicles heavier than 1,800 kilos – though those with hybrid and electric engines will be spared.

The penalty, to take effect from January, 2021, will mainly apply to purchases of SUVs and large four-wheel drives. The exact cost is yet to be determined.

Taxing the weight of polluting vehicles was one of many proposals put forward by the Citizens' Convention for the Climate (CCC), which called for a penalty of 10 euros to be levied on on every kilogram exceeding 1,400.

However the government rejected the idea, arguing that such a tax would hurt the French car industry, already hit hard by the coronavirus crisis.

In an about-face on Thursday, Ecological Transition Minister Barbara Pompili told newspaper Les Echos that, after lengthy discussions, the government had worked out a compromise.

The decision to levy the tax on vehicles weighing more that 1,800kg, instead of 1,400kg as suggested by the CCC, means almost all French-made cars will be spared. Exemptions are also being made for seven-seater cars owned by large families.

Mounting pressure
Last week the French arm of the World Wildlife Fund ramped up pressure on the government to take action against the country's top-selling SUV cars, which it says have a “crushing impact” on both the climate and household budgets.

SUVs – powerful, large-format passenger cars that combine offload features such as raised ground clearance – have seen growing demand in many parts of the world, and now account for 38 percent of sales in France.

WWF warned the “heavy” and “greedy” vehicles had become the second largest source of growth in French emissions – just behind the aviation sector.

“The problem with these vehicles is that although they are heavier, they are used for the same things: to take the kids to school, to go to work, or the visit grandma,” WWF-France president Isabelle Autissier told FranceInfo radio.

“People are getting around in a car that is 200 kilos heavier and that releases 20 percent more greenhouse gases.”

The French car industry is expected to oppose the new weight tax, amid fears it will be increased over time.

The Committee of French Automobile Manufacturers has already argued that vehicles have been gaining weight for safety reasons - to better resist frontal impacts, and carry new equipment such as airbags.