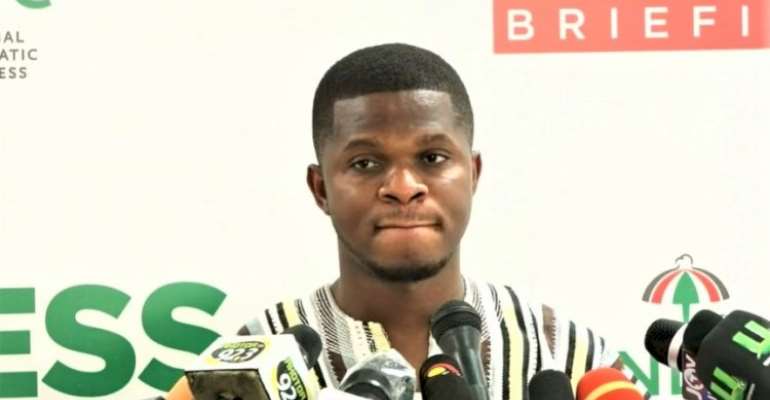 Sammy Gyamfi, the National Communications Officer of the NDC has said the next National Democratic Congress (NDC) Government will make all persons currently engaged on ad hoc basis under the Nation Builders Corps (NABCO), permanent employees of the public service.

“We will change the remuneration of NABCO beneficiaries from their current pittance allowances to decent wages that offer these young ones a decent living. NABCO recruits can rest assured that under President John Dramani Mahama, they will have permanent jobs and be paid on time.”

He stated on Monday in Accra at the Party's Weekly Meet the Press Series.

“We in the NDC are not oblivious of the huge financial commitment that comes with our ambitious Job Creation agenda.

“We are however convicted in our resolve to deliver on our pledge to create a minimum of one million sustainable when elected because Ghanaians are need of it for survival,”he said.

He said the party had identified key areas they could conserve resources and free up fiscal space to fund their policies and programmes including “Edwumapa”.

To start with, he said, they would reset Government's spending priorities from consumption-related expenditures to Capital and productive expenditures that would create jobs and prosperity for all.

“Also, we will cut down wasteful expenditures by reducing the number of Ministers by at least 40, which will translate into a saving of GH¢63,424,000.00,” he said.

“We also intend to reduce the number of Presidential Staffers by at least 200, thereby saving the public purse about GH¢186,400,000.00 in four years.”

He said under the E-Proceed GRA Revenue Monitoring Project which they would be introducing, they projected to generate at least three billion Ghana Cedis on an annual basis to fund the “Edwumapa” initiative.

Mr Gyamfi noted that additionally, the NDC shall channel a greater percentage of our oil revenues that was the Annual Budget Funding Amount (ABFA) from the nation's three oil fields into developmental and productive initiatives to create sustainable jobs for Ghanaians.

Mr Gyamfi intimated that these were but a few of the measures they intended to undertake to generate the needed revenue to fund their vision for jobs and other policies. “Let no one deceive you that this is not possible. It is very possible and we shall deliver,” he stated.

He said that job creation would be the cardinal priority of the next NDC government.

“Our flagship One Million Jobs Pledge dubbed “Edwumapa” is not one of the usual political grandstanding sloganeering that has become synonymous with our opponents in government today.

“On the contrary, “Edwumapa” is a product of deep soul-searching in our bid to find answers to the age-old problem of graduate and youth unemployment that continues to plague our nation,” he said.

He said it was their view that, “if the nation fails to harness the productive energies of young people to develop Ghana, our country might one day pay dearly for the misuse of these very productive potentials of our youth in ways that could hurt both present and future generations.

“To the millions of unemployed people in Ghana today, particularly the youth, please don't despair,” he said.

“There is hope for you in the Peoples' manifesto. Vote John Dramani Mahama and the NDC for One Million permanent and decent well-paid jobs.”