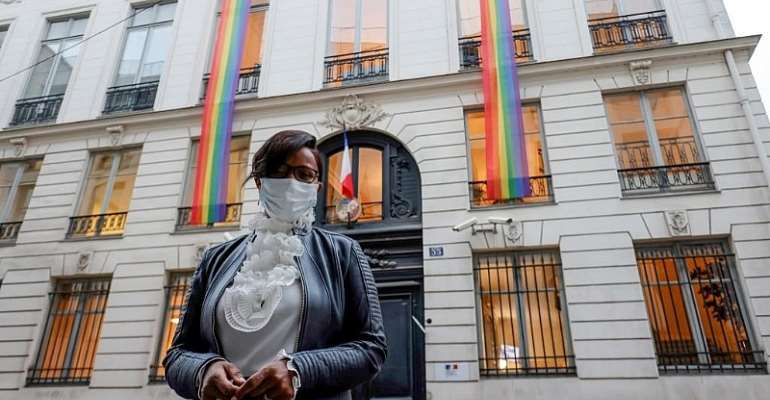 The French government has unveiled a national plan to combat hatred and discrimination against lesbian, gay, bisexual and transgender people (LGBT), which emphasises the importance of inclusive education in stamping out homophobia.

The three-year plan unveiled on Wednesday, aims to make members of the LGBT community "citizens in their own right", French Junior Minister of Gender Equality Elisabeth Moreno told reporters.

It comprises over 40 objectives designed to tackle homophobia or transphobia in the home, school, university, work, healthcare or sport.

The 42 measures, some of which have already been implemented, will be "amplified" between now and 2023, notably plans to facilitate adoption for LGBT homes, Moreno said.

She also insisted on the importance of education.
"Because discrimination and inequality are rooted in childhood, they can also be corrected, by putting in resources (...) The school must therefore be the first place of awareness and prevention to participate in deconstructing stubborn stereotypes ".

Inclusive education
The gender equality minister has pledged to work with her counterpart at the Education ministry, Jean-Michel Blanquer, to "amplify" training for teachers serving LGBT students.

A website called "Educating against LGBTphobia" is to be set up in order to "give teachers the weapons to fight homophobia and transphobia, and allow the proper inclusion of LGBT students", Moreno added.

The national plan also aims to act against conversion therapy, "abject and medieval practices" according to the minister, which try to change the sexual orientation of LGBT people. "We want to ban them outright," Moreno said.

Same sex families have not been left out either. Administrative forms will continue to be adapted to include them, the minister insisted.

In 2019, 1,870 people were victim of homophobic and transphobic acts, according to the interior ministry.

In addition, 55 percent of LGBT people have experienced anti-LGBT acts in their lifetime, the minister said, before adding that gay and bisexual people are four times more likely to commit suicide than the rest of the population. This figure is nearly double when it comes to trans people.

"This situation is unacceptable in the France of 2020", Moreno said.