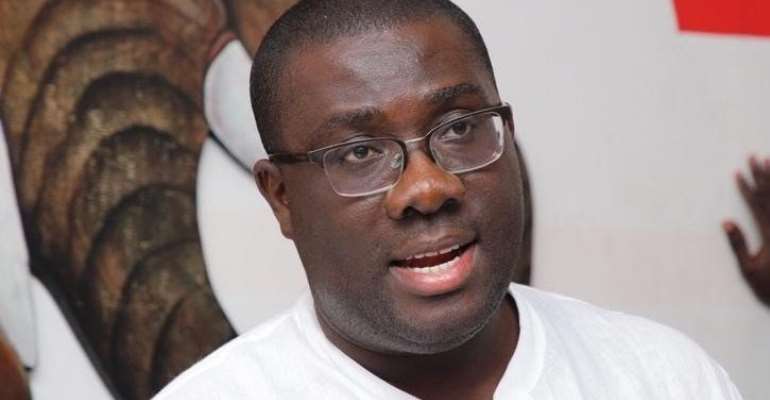 According to him, the NDC has proved to the people of the Volta Region, where the opposition party generates most votes, that they are only good for their votes and not their development; hence, the increasing acceptance of the NPP by the people is making the NDC uncomfortable.

He made the observation in Ho when he addressed the Volta NPP Network of Teachers Conference under the theme: 'With Nana In Our Classrooms, We Have Performed Better'.

Mr. Awuku said that the days when the NPP was 'chased out' of the region is over because the people have seen the good works and policies that touch the lives of Ghanaians irrespective of their tribe, background or class.

“The new crave for NPP in the region is testament to the fact that the NDC has long lost its grip on its stronghold, the Volta Region,” he noted.

He said former President Kufuor started with interventions like health insurance and school feeding which improved the lives of everyone, including people from the region, and President Akufo-Addo has continued with free education, job creation through planting for food and jobs and other interventions in the region.

Mr. Awuku also observed that the interventions instituted to improve the living conditions of teachers nationwide, including those in the Volta Region, has motivated teachers to perform better.

According to him, the people want to vote for a president who after providing Free SHS will also provide sustainable jobs through one district one factory and planting for food and jobs, and not one that wants citizens to become “a candidate for a mortuary that someone wants to build for you and me.”

Describing the conference as one of the biggest gatherings he has seen in the Volta Region, Mr. Awuku stressed that the NDC “is still living under an illusion that Volta is still for them.”

He was optimistic that the NPP party would secure more votes in the Volta Region than it did in previous elections because the opposition NDC has abandoned the region for a very long time.

Election Petition: Supreme Court is not a forum for “organis...
16 minutes ago

Two grabbed for child trafficking in Tatale
16 minutes ago