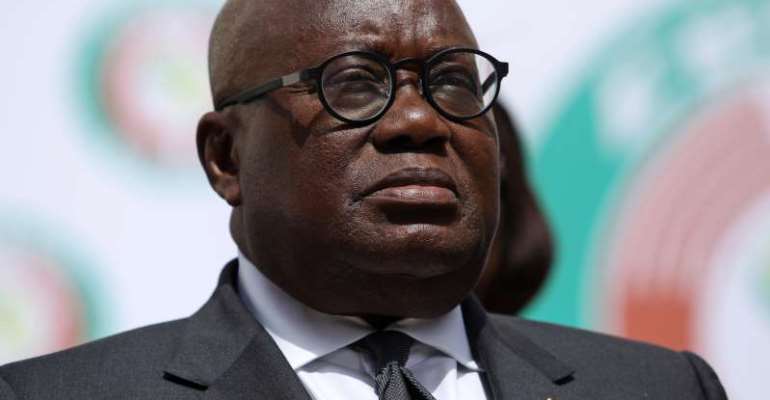 The National Democratic Congress (NDC) flag bearer, John Mahama has raised alarm over the deliberate creation of a vortex by the Akufo-Addo administration that is swallowing the country’s money into private pockets without any benefit to the state.

Speaking to the media, President Mahama lamented how the reckless action of Akufo-Addo is creating a huge burden for the youth of this country in the very near future.

Citing the frequent borrowing by Akufo-Addo through various bonds which have two and three years moratoria, the former president stated that the youth are being saddled with debts they will have to face when the irresponsible old man leaves power.

He noted that the sad situation is already a problem for the new government he will form in January, 2021 because those debts will mature by then when the reckless borrowers find their ways into their vortex to munch the loots.

He further emphasized the nine billion dollars ($9billion) raised in the capital markets by the NPP in the last four years is supposed to be a YOUTH TAX which did not benefit the youth but they had to pay for it because a greedy grandfather, Akufo- Addo left that debt for them to pay.

He questioned what significant impact the $500million from the fraudulent Agyapa deal will have on Ghana’s development when $9billion did nothing. According to him the 500million dollars is just going to be swallowed in the next two months.

In his view, these monies should be invested in tangible projects which will solve critical problems in the country. It will be recalled the former president has overwhelmingly been adjudged the champion of infrastructural development during his tenure with minimal loans compared to Akufo-Addo’s huge loans with any meaningful infrastructure in 4 years.

The Kejetia market in Kumasi, the Kwame Nkrumah Interchange, the Kasoa interchange, the Bank Hospital, the University of Ghana Medical Centre and many other health infrastructure across the country were done by the former president.

Various other projects he undertook which are at advanced stages of completion such as the Military Hospital at Aferi, the Sewua Regional Hospital, the Bekwai Government Hospital among others were abandoned by Akufo- Addo for fear credit will go to Mahama.

In just four years the Akufo- Addo administration has borrowed over One Hundred and Forty billion (GHc140billion) cedis but have no meaningful projects to show for it, and Ghanaians have been wondering where these huge loans went to.

John Mahama’s comments, therefore, are justified as the country clearly has nothing to boast of from the free spending Akufo-Addo and his NPP administration.

In exhorting the citizenry about the grave effects of the current economic circumstances, President Mahama noted that Akufo-Addo’s children will never suffer the lack of money in their lifetime, but Akufo Addo’s unsustainable borrowing is placing a massive debt burden on all of our children, one which will hamper the economy for generations.

He warned it is time to make an economy that works for all hence the inevitable need to remove the Akufo-Addo and the NPP government from power in December this year.

Hottest Photo Reports
Catch up with all the political quotes from our politicians.
Advertise here
More Article
ModernGhana Links
Hon. Haruna Iddrisu, The Antidotes Of NDC Success In Northern Region
My Perspective On What Is A Coup, Why A Coup, When Coup Is A Coup & How To Prevent It
Rewarding academic achievement in schools creates barriers: a South African perspective
Turnover is high in South Africa's higher education sector: what could turn the tide
Zimbabwe had a bumper harvest: what went right and what needs work
Global demand for cashews is booming. How Ghana can take advantage to create jobs
Nana Fredua-Agyeman Jnr. Pens: Alms To Psalm
NiSA Claims the Missing Female Agent Was Decapitated by Alshabab
Why has Algeria severed diplomatic relations with Morocco and what are the consequences for the future?
TOP STORIES

Security guard jailed 3years for conniving with ex-worker to...
7 minutes ago