ABANTU For Development: Affirmative Action Bill Must Be Passed Before Dissolution Of The 7th Parliament 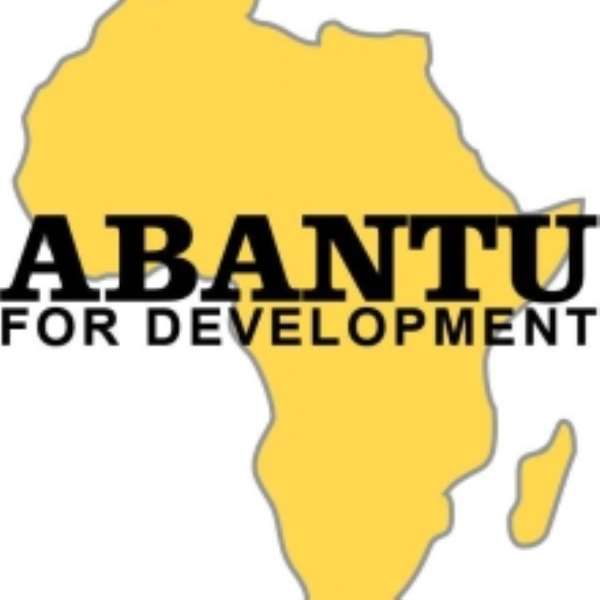 ABANTU for Development with support from Plan International, under the Women’s Voice and Leadership Project, called on Parliament to pass the Affirmative Action Bill into law before the dissolution of the 7th Parliament.

In a press statement released by ABANTU for Development, the, when passed, will Ghana a step in correcting the damage of historical gender inequalities for sustainable development.

Below is the press statement released by ABANTU for Development:

The Affirmative Action Bill is among the outstanding listed Bills by Parliament for consideration and we expect that this exercise would be undertaken before the dissolution of the 7th Parliament.

To this end, ABANTU for Development and PLAN International need to reiterate the urgent need for the Bill to be passed into law.

An Affirmative Action Law presents itself as the guaranteed way for bringing about equal participation in governance, public and private spaces.

After 63 years of independence, there is ample justification for Ghana to take urgent action in passing an affirmative action law to afford equal rights to the marginalised, especially women whose contribution to national endeavours has been immense.

Currently, Ghana is listed among the overwhelming 82 per cent of African countries found in the very high discrimination category. This is happening in spite of the fact that the country was the first in Africa south of the Sahara to have instituted a legislated Affirmative Action Act in 1959 allowing 10 women to represent the regions of the country in the then legislature.

This bold move, undertaken long before CEDAW, Beijing Platform for Action (BFA), African Charter on Human and Peoples’ Rights, and the Maputo Protocol. The objective was intended to consolidate democracy and afford the opportunity to all to be part of the decision making process.

This Affirmative Action law raised hope in the equality discourse, but it disappeared in the political turmoil that engulfed this country.

Ghanaian women’s checkered history in representation and participation in both local and national levels is well documented making gender-based exclusion in public life a major deficit. Ghana has not been able to meet the minimum 30 per cent UN recommended threshold in representation.

Notwithstanding the progress made in making women more visible in high profile postings and political positioning, Ghana continues to grapple with gendered inequality practices contributing to the country’s failure to give meaning to the expanded notion of citizenship.

As we approach Elections 2020 and reflect on the long road travelled by Ghana’s attempts to have an Affirmative Action Law, we wish to remind government and policymakers about the centrality of women’s rights in promoting democratic governance and national development. The issue of parity in women’s participation in policy-making structures should be a core concern in strengthening democratic culture and good governance.

Against Ghana’s own 13.8% women’s representation at the national level and 7% at the local level, some countries using affirmative action mechanisms have made significant progress in increasing women’s representation. Examples include Mozambique (40%), Uganda (32%), Ethiopia (39%), Tanzania (31%) Namibia (46.2%), Senegal (43%) and South Africa (42.7%).

The Honourable Speaker of Parliament, Professor Mike Ocquaye recently said affirmative action is an instrument of social engineering to cater for some wrong done by the society that needs to be corrected.

Bypassing the Affirmative Action Law now, Ghana would have taken a giant step in correcting the damage of historical gender inequalities for sustainable development.

ABANTU for Development with support from Plan International, under the Women’s Voice and Leadership Project, is therefore calling on all stakeholders to join the advocacy towards the passage of Ghana’s Affirmative Action Bill into Law.