Consolidating Ghana’s Free Maternal Health, The Focus Must Be On Rural Communities 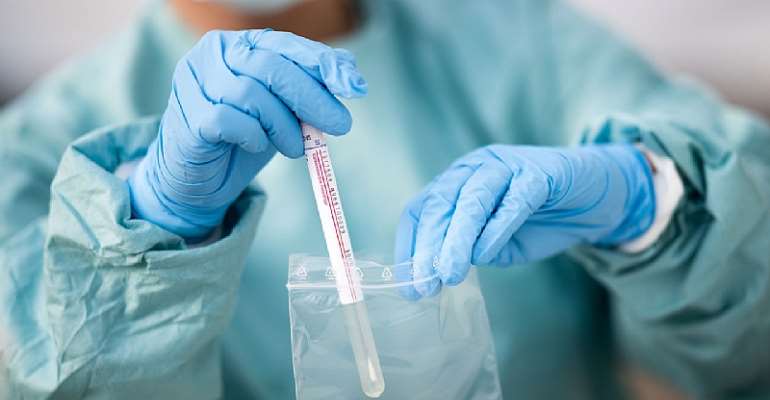 Araba Paintsil (Not her real name) is a 12-year-old pregnant teen from Assin Domeabra, a village in the Assin South District of the Central Region. With four months into her pregnancy, Araba is yet to visit any health facility for antenatal care.

Rather, she has been using herbal concoctions prepared by her parents for pregnant women. Other people have also come in to prescribe one herbal medication or the other for her to use.

Araba does not have a National Health Insurance Scheme (NHIS) card. She has also not checked her HIV/AIDS or Hepatitis status as well as other health issues associated with pregnancy because there is no money. Araba is likely to deliver at home.

This is the predicament of Araba and many other pregnant teens and mothers in hard-to-reach communities of the country.

This is also against the backdrop of the efforts to provide free maternal care services to women to achieve universal access to skilled birth attendant.

THE SDGS AND MATERNAL HEALTHCARE

Goal number three of the Sustainable Development Goals (SDGs) to “ensure healthy lives and promote well-being for all at all ages” is with the aim to reduce maternal mortality ratio to less than 70 per 100,000 live births by 2030.

It also aims to increase universal access to quality maternal, newborn, sexual and reproductive health-care services, among other targets.

The World Health Organization(WHO) defines maternal health as the health of women during pregnancy, childbirth and the postpartum.

Ghana, under the National Health Insurance Scheme (NHIS) in July 2008 introduced a free maternal health policy which made it possible for all pregnant women to be entitled to free health services throughout pregnancy, childbirth and three Months postpartum.

Mr Mathew Ayamba Adam is the Agortime District Director of the Ghana Health Service (GHS). He says considering the trend of the country’s maternal issues, there was the need to put in place interventions that increased access.

This, he said was because a lot of women died during pregnancy and childbirth due to lack of access to antenatal care and maternal mortality was high due to complications of pregnancy or delivery.

The free maternal policy was to facilitate the access to free quality maternal care so as to reduce the high number of women and children who die from preventable death during pregnancy.

The policy formed part of the country’s measures to achieve the SDGs to reduce maternal child deaths and to achieve the target of Universal Health Coverage (UHC).

According to Mr Ayamba, access to care (i.e) OPD attendance, antenatal services and improvement in skilled delivery has increased since the introduction of the free maternal health.

However, he says more needs to be done to ensure that the vulnerable population especially in rural communities of the country register under the insurance scheme to be able to fully benefit from the policy.

“Despite the fact that there has been increase in access and other utilization, we still have to do a lot so that those in rural settings will have more opportunities to have the insurance and also have the facility at their door step”, he said.

Maternal mortality ratio (MMRatio) is the annual number of female deaths per 100,000 live births from any cause related to or aggravated by pregnancy or its management.

The MMRatio includes deaths during pregnancy, childbirth, or within 42 days of termination of pregnancy, irrespective of the duration and site of the pregnancy, for a specified year.

In 2015, the WHO indicated that a total of 2,800 girls and women in Ghana died during childbirth and 60 percent of all births in rural communities occurred without a skilled birth attendant present. These numbers have decreased in the last few years, but there is still a long way to go.

THE DILEMA OF THE RURAL PREGNANT TEEN

In rural communities across Ghana, adolescent girls who become pregnant face many challenges, and sometimes discrimination, in accessing quality healthcare due to stigmas surrounding teen pregnancy.

Often girls do not have money or are not supported by their families to access healthcare services. In addition, many do not seek out healthcare due to fear of health workers either passing judgment on them or refusing to provide them with care.

This means that many pregnant adolescents have little knowledge about the risks associated with pregnancy and childbirth, and may choose to deliver their babies at home without trained help – a practice that increases their risk of complication, and even death.

Akua, (Not her real name) is a 17 year old teenage mother from Assin Asamankese. She is seven Month pregnant with the second child. Akua barely visits antenatal care because she has no money.

She speaks about “When the first pregnancy happened, a lot was said about me for getting pregnant for a guy known in the community as irresponsible but I accepted my fate and kept the pregnancy”

Akua says she has visited the hospital for antenatal just once in her seven month period of pregnancy.

She felt uncomfortable on the first visit and decided not to attend antenatal clinic again after being interrogated by the nurses interrogated as to why she was pregnant for the second time, if the first one was a mistake.

Knowing the shame, stigma and the name calling associated with adolescent pregnancy, Araba is not willing to associate with anybody to the extent that she refuse to go on an errand for her parents.

To add salt to injury, the last time she tried to step out, she was attacked by the sister of the man who got her pregnant who accused her of bringing shame to their family and beat her up.

Since then, Araba has been feeling very sick, looks pale and experiences general weakness and lost appetite, when we visited her.

Her predicament also lies in the fact that, she may not be able to continue her education after delivery and even if she will be able her mates may be teasing her. She is always crying indoors with the uncertainty of returning to school.

Mr Ayamba identified the human resource gap as one critical thing in the implementation of the free maternal health. He says inadequate nurses and midwives especially at rural communities had been a major setback in its implementation.

“We need more of midwives and community nurses in the communities”, he said

He further talks about the unavailability of some essential medicines. “When essential medicines that are needed to support the women in labour or even during antenatal to boost their blood levels are not there, it can become an issue”, he stressed.

THE ROLE OF STAKEHOLDERS

Mr Ayamba talks about the involvement and collaboration among stakeholders to ensure access to the vulnerable groups. According to him, NGOs, local authorities and the GHS must do things together to avoid duplication and also to ensure inclusiveness.

In this regard, he said district assemblies must commit some component of their common fund to maternal health, saying “they should not just focus on infrastructure”.

Madam Gifty Nordzi is a Girl Child Education Coordinator at Ajumako in the Central Region. She says her outfit is committed to scale up regular community engagements, adolescent reproductive health camps in collaboration with GHS to ensure that pregnant teen receive the best of care.

She noted that due to financial constraints, stigmatisation, and behaviour of some nurses, many pregnant teens were reluctant to visit the health facilities for antenatal.

“We mostly encourage pregnant girls to go to the hospital. Its even through that we are able to get data on the actual number of girls who are pregnant”, she said

She lauded the CHIPS Compound initiative saying, it has brought healthcare to the doorsteps of many rural duelers.

To address the delays which mostly goes beyond health facilities to the community, and household level, Mr Ayamba said there was the need to have maternal health conference involving key stakeholders, i.e chiefs, assemblymen, family to deliberate on issues that would confront the system.

To improve the system, he said government and stakeholders must work to increase the number of midwives to match the growing population adding that women should not suffer because there is no midwife at a facility.

Additionally, he said supply of essential medicines and other consumables is an aspect we have to look at.

Mr Aymba further stressed on the need to work on improving the communication network between the ambulance system and the health facilities to improve access to emergency care.

He also stressed the need for the provision of modern equipment to support the system while calling for regular training for midwives. This he stressed was necessary to ensure reduction in maternal related deaths due to poor management of labour.

He also encouraged the Government to review its policy that restricted health facilities from buying medicine when they are not available at the medical stores.

To strengthen maternal health services, Mr Ayamba proposed for the institution of maternal death audit units such that if maternal death occur,they would be able to do immediate assessment at the health centre to identify the gaps even before a gynecologist or medical officer comes to provide technical support.

Madam Nordzi of Girl Child Education advised parents and guardians to try and provide all the needs of their girls in order not to fall pray to other men who would impregnate and leave them to their fate.

This article was produced as part of the People for Health (P4H) project being implemented by SEND Ghana, Penplusbytes and the GNA with the aim of reducing inequities in the delivery of health services through the promotion of good governance practices of accountability, transparency equity and participation.

Your independence will be respected – Akufo-Addo assures new...
13 minutes ago

He has the capacity, intellectual strength to succeed – Akuf...
18 minutes ago