Liberia Requests US Intervention After String Of Mysterious Auditor Deaths 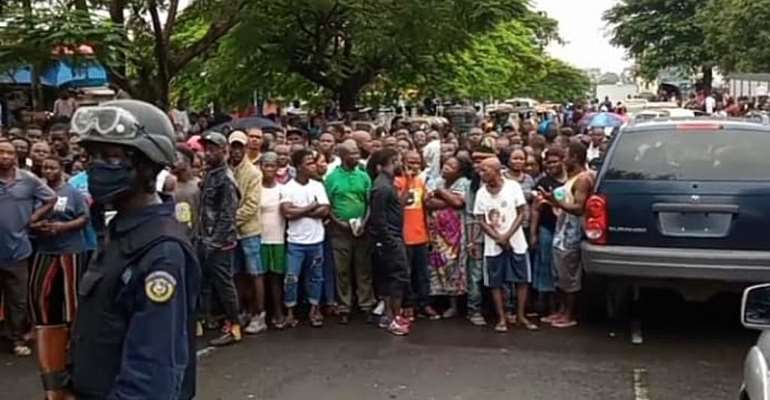 President George Weah of Liberia is seeking the assistance of the United States administration to probe the mysterious deaths of at least three government workers in eight days.

“With assistance from our partners, we will be able to determine the cause of death. Death should come naturally, anything to the contrary is unacceptable,” said Weah in a radio address, referring to three employees of the Liberia Revenue Authority (LRA) and the head of the Internal Audit Agency (IAA), Emmanuel B Nyeswa.

Weah used a similar ploy in 2018 when news emerged that Liberian dollar banknotes worth 69 million euros had gone missing. After appealing to the US for help, the embassy hired Kroll Associates to investigate.

The IAA audits personnel payroll and it conducts financial audits of nearly all government agencies, including those which were allocated Covid-19 funding.

Nyeswa was found dead in his compound on 10 October, around the 72nd community outside Monrovia after he allegedly fell from the first floor of his house.

“The government of Liberia announces with utter shock and sadness the passing of the head of the country's Internal Audit Agency,” said information minister Ledgerhood Julius Rennie in a statement.

According to police spokesman Moses Carter, at least three people are helping the police with information surrounding the death of the IAA boss.

“Those persons at the moment are not suspects but they were some of the people around the IAA boss at an entertainment center prior to his death,” he said, without disclosing their names.

Carter told RFI that the police could not confirm if Nyeswa died as a result of poisoning or any foul play.

“We encourage the public to refrain from any form of speculation which could further deepen the wounds already created for the family, IAA communications director Adolphus Kawa said in a statement.

“We urge our internal auditors to exercise calm and refrain from any form of fear-mongering,” he added.

Auditors fear for their safety

“I have worked here for over six years," one auditor at the IAA office told RFI. "This is a strange thing. What guarantee do I have if I am to audit an institution? I feel we are being targeted because of our work."

On 2 October, the remains of the two LRA auditors - Albert Peters and Gifty Lamas - were discovered in a vehicle in Monrovia.

Carter said an investigation was underway.

George B Fanbutu, a third LRA auditor, reportedly died as a result of a car accident on 4 October involving a pedestrian.

Fanbutu was taken to the John F Kennedy Medical Hospital but he was was pronounced dead on arrival.