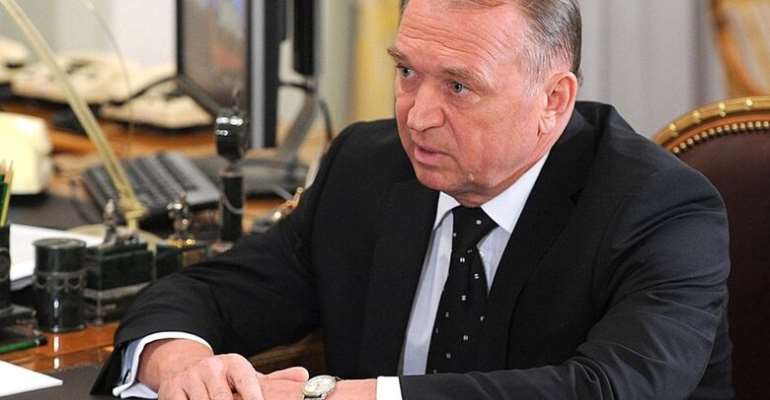 Largely dictated by the results of the first Russia-Africa summit and the persistent harsh economic sanction by the United States and European Union, Russia is seriously reorganizing towards increasing economic prints in Africa. Russia is, indeed, putting its house in order, identifying strategies and drawing roadmaps, and most importantly restructuring.

Quite recently, the Ministry of Foreign Affairs created the Secretariat for Russia-African Forum. The Secretariat further established an Association for Economic Cooperation with African States. Now Russian Chamber of Commerce and Industry has restructured the Coordinating Committee for Economic Cooperation with African States that was established as far back in 2009.

With the participation of representatives of business and expert circles, this committee's primary task is to consolidate the efforts of business, government and public structures of Russia, facilitate the intensification of economic activities in Africa. It has the responsibility for adopting a more pragmatic approach to business, for deepening and broadening existing economic collaborations and for the establishment of direct mutually beneficial contacts between entrepreneurs and companies from Russia and African countries.

During its last meeting, the participants discussed various issues and acknowledged that the committee has achieved little since its establishment. The meeting has also identified factors that have hindered its expected achievements and overall performance since 2009. Admittedly, a quick assessment for over one decade has shown very little impact and tangible results. The committee documents listed more than 150 Russian companies as members. These companies are hardly seen participating in business events in Africa.

Notwithstanding the setbacks down these years, Russians are full of optimism. Completely a new team was put in place during the meeting hosted by the Russian Business Chamber. Russian Senator Igor Morozov was elected as the new Chairman of the Coordinating Committee for Economic Cooperation with African States. He is currently the Deputy Chairman of the Federation Council Committee of the Federal Assembly of the Russian Federation for Science, Education and Culture.

As the President of the Russian Chamber of Chamber and Industry, Sergei Katyrin, put it in remarks at the meeting, "the new leader has the primary task now to accelerate Russia's economic return to this continent, from which we practically left in the 90s and now it is very difficult to increase presence there in Africa."

According to Katyrin, Russia's economic presence in Africa today is significantly inferior in comparison to the positions of leading Western countries and BRICS partners. "It's time to overcome this gap. Today, we face a difficult task to ensure the activities of Russian entrepreneurship on the African continent in the new conditions, taking into account all the consequences of the coronavirus pandemic."

"The African continent is of strategic interest for the Russian economy," explained Katyrin. It is enough to cite just a few figures to understand why this region attracts entrepreneurs. Africa has 30 percent of the world's mineral reserves, including 70 percent - platinum group metals, more than 50 - types of precious stones, oil and gas reserves, and so forth.

In 2019, six Sub-Saharan African countries ranked among the top 10 fastest growing economies in the world. But the potential of African countries is incomparably greater than the current level of their development. Cooperation with Africa, among other things, will contribute to the implementation of the national project to increase non-resource Russian exports to $250 billion.

Katyrin stressed the necessity to resolve financial mechanism for business. "We need a state financial mechanism to support the work of Russian business in Africa otherwise it will be very difficult to break through the fierce competition of Western companies with such support. We need to focus on those areas where you can definitely count on success," he told the meeting.

While pointing to lack of business information and the need to get rid of stereotypes about Africa, Sergei Katyrin emphasized that the maximum intensification of work is needed right now for the reason that, due to the general economic recession in the world, new companies from all developed countries are rushing with concrete business to new markets emerging in Africa.

In order to move forward and achieve significant success, the committee has to make double efforts in providing with Russian and African exporters, in both cases or both ways, basis for acquiring adequate knowledge of trade and investment procedures, rules and regulations as well as the existing market conditions. There are also complicated certification procedures, expensive logistics, security and guarantee issues, and lack of direct aviation connections affecting the entire process of cooperation.

On the other hand, it has to work closely with African counterparts on the challenges and opportunities on the continent. Russia is, so far, a closed market to many African countries. It is difficult to access the Russian market. Africans are doing brisk business in the United States, in Europe and in Asia. All that is necessary here is for Russia and Africa to make consistent efforts to look for new ways, practical efforts at removing existing obstacles that have impeded trade and investment over the years.

According to Sergei Katyrin, Russia is gradually overcoming the negative consequences of its retreat from Africa in the 90s. The first Russia-Africa summit and economic forum took place in Sochi in October 2019. African representatives there constantly raised the question of the need for a more active return of Russia to their continent. Africans still have nostalgic interest towards Russia and Russians are eager to use that a unifying factor. Soviet Union (now Russia) has had very close and, in many respects, allied relations with most of the countries during the decolonization of Africa.