South African community wins right to access mining application. But who will win the war?

By Tracy-Lynn Field - The Conversation 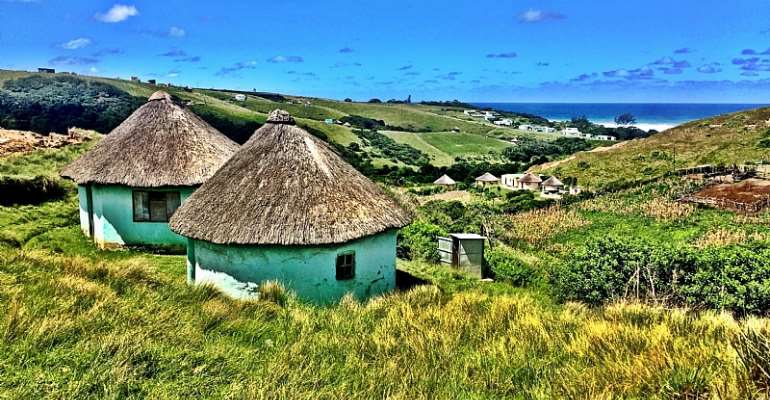 South African law states that mineral resources are the common heritage of all the country's people. The state is the custodian of these resources for the benefit of all citizens.

The Mineral and Petroleum Resources Development Act also states that mineral resources must be developed sustainably. The Constitution protects the right of all people to an environment that's not harmful to health or well-being. The Act aims to promote equitable access to the nation's mineral resources. It's also meant to ensure that holders of mining rights contribute towards the socio-economic development of the areas where they are operating.

But in reality, the situation is heavily skewed in favour of the mining industry. The Act fails to protect communities whose land, livelihood and culture will be directly affected, and possibly destroyed, by mining.

The most recent example of the Act's failure is the Umgungundlovu (known as “Xolobeni”) community's struggle to access an application to mine heavy mineral sands on their land.

South Africa's coastlines contain some of the world's richest and unexploited deposits of heavy mineral sands. The minerals (zircon, ilmenite, rutile) are raw material for titanium dioxide, a white pigment used in paint, coatings, glazes, paper, and even the cosmetics industry.

Initiatives to exploit these mineral sands have gained momentum in recent years at the behest of the national Department of Mineral Resources and Australian mining multinational Mineral Commodities Ltd . Unfortunately, critical decisions about this were constrained by the bias inherent in the Mineral and Petroleum Resources Development Act.

To mine the heavy mineral sands, Mineral Commodities Ltd – through its subsidiary Transworld Energy Resources – needed to apply for a mining right from the Department of Mineral Resources. A mining right application includes important information such as the particulars of the applicant, the mining works programme and the social and labour plan for socio-economic development of mine-affected areas.

Within 14 days after accepting an application, the regional manager of the Department of Mineral Resources must make this acceptance known. The department must then call on interested and affected parties to comment within 30 days.

Until very recently, the forms of notice prescribed by the law were publication in the provincial Government Gazette, a notice in the magistrate's court or one in a local or national newspaper. In practice, these weren't conducive to reaching parties who need to know, particularly rural communities.

Importantly, the Act is silent on the right of interested and affected parties to know that an application has been submitted, and their right to access the information in an application. This information asymmetry immediately places parties such as the Xolobeni community at a disadvantage.

On the east coast, members of the Xolobeni community have been resisting mining on their land for more than 15 years . In March 2015, they learnt that Transworld Energy Resources had filed an application to mine on their land. They approached the Department of Mineral Resources' regional manager to get a copy of the application. He referred them to a Transworld Energy Resources representative and the environmental consultant. Community members became increasingly frustrated as these role players sent them from pillar to post.

Seeing the application, community members reasoned, would enable them to meaningfully consult with the mining company. It would help them determine how the mining might disrupt or benefit their lives.

On 14 September 2020, the North Gauteng High Court ruled that the community and other interested parties had a right to a copy of an application for a mining right. This, the court said, would enable “meaningful consultations”.

This right, the court ruled, is grounded in the provisions of the Mineral and Petroleum Resources Development Act itself. The community need not rely on the cumbersome Promotion of Access to Information Act.

This decision builds on the Xolobeni community's first court victory against Transworld Energy Resources , in November 2018. In this case, Judge Basson ruled that the Department of Mineral Resources was obliged to obtain the “full and informed consent” of the community prior to granting any mining right. This right, the court said, is secured by the Interim Protection of Informal Land Rights Act, 1996.

Both decisions have been hailed as “groundbreaking” , “game-changing” , a huge victory for mining communities everywhere in the country.

A tactical gain or a game-changer?

But do these decisions correct the imbalance that existed? Or are they merely tactical gains in a war that has already been lost?

The plight of the Xolobeni community is not dissimilar to hundreds of other mining-affected communities across the globe who are at war with the proponents of mining. At war because what's at stake is survival itself: of people, livelihoods, species, landscapes, the survival of the company in the marketplace. At war because blood has already been spilled, at Xolobeni and elsewhere .

The war is essentially about two things. It's about different visions of development: agriculture, tourism, subsistence versus mining, urbanisation, industrialisation. And it's about the age-old question of whether mining, with all its adverse impacts, can benefit the many, or only the selected, significant few.

Currently, it is waged under opaque conditions:

Lack of access to information – applications, reports, the actual operations of the mine.

Opacity concerning the involvement of state officials and customary authorities in the profits from the mine .

The Xolobeni decisions bring a little more clarity. But without thorough institutional reforms, wise choices on the exploitation of mineral resources for the benefit of all South Africans will remain elusive.

The South African government should follow international best practice. It should require the disclosure of beneficial ownership in mining (and gas) companies. And it should crack down on the involvement of politically exposed persons, including traditional authorities, in mining deals.

Tracy-Lynn Field receives funding from the National Research Foundation. She is affiliated with the Centre for Environmental Rights (CER) as board chair and non-executive director. The CER champions the constitutional environmental right and is currently involved in litigation against Mineral Commodities Ltd in relation to its heavy mineral sands operations on South Africa's west coast.

By Tracy-Lynn Field, Professor of environmental and sustainability law , University of the Witwatersrand