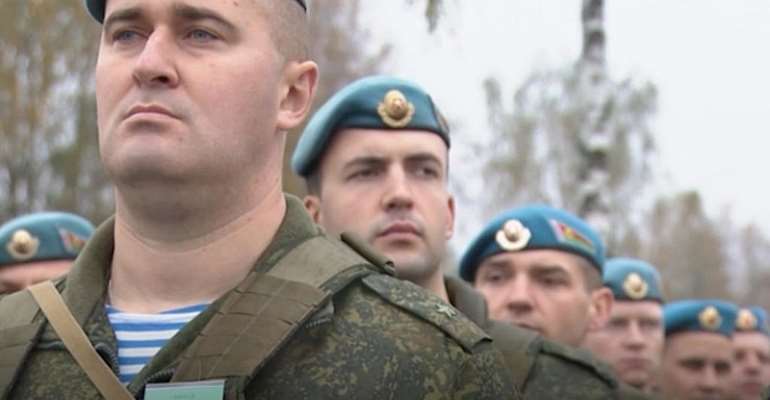 Russian-led “Indestructible Brotherhood” joint military exercises have begun in Belarus. The exercises come after months of political turmoil in the region once known as White Russia, and may sharpen divisions between Moscow and Brussels.

Russia saw its sphere of influence severely curtailed after the end of the Cold War and the dissolution of the Soviet Union. After that, Nato expanded its influence, culminating in the “Enhanced Forward Presence” in former Soviet Union and Warsaw Pact states Estonia, Latvia, Lithuania and Poland.

In practical terms, this means four multinational battle groups, led by the United Kingdom, Canada, Germany and the US, each of them "combat-ready, demonstrating the strength of the transatlantic bond,” according to the Nato website.

In response to the expansion of Nato, Russia launched the Collective Security Treaty Organisation (CSTO) in 1992, with Armenia, Russia, Belarus, Kyrgyzstan, Tajikistan and Kazakhstan as its members. It is the CSTO that organises the now yearly “Indestructible Brotherhood” exercises.

This year's exercises carry some important messages for anti-government protesters inside Belarus who “want to act outside the law and do a lot to get the situation out of control in Belarus,” according to Russian Colonel Viktor Baranets, quoted by the Kremlin-controlled Sputnik news agency.

According to the Belarussian Ministry of Defence, some 900 troops take part in the exercises, supported by helicopters and drones.

Major General Alexander Volfovich, Chief of the General Staff of the Armed Forces of the Republic of Belarus, said: "The operation will become a strategic containment measure in the framework of the difficult situation developing in the world and, in particular, on the territory of the post-Soviet countries," referring to the fighting between Armenia and Azerbaijan over the Nagorno-Karabakh area, where hundreds of people have died and infrastructure is being destroyed.

“The situation in Ukraine, Kyrgyzstan and in Belarus remains difficult,” he says, adding that he is convinced the exercises will “help to cool the hot heads that add fuel to the fire and try to ignite lawlessness in the territory of sovereign countries”.

The “Indestructible Brotherhood” exercise is the third large-scale Russian military games in less than three weeks.

Moscow claimed that the number of frontline soldiers involved did not exceed 13,000, so the organisers were not obliged to invite observers from the Organisation for Security and Cooperation in Europe (OSCE) as stipulated by the 2011 Vienna Document that define the scope of military exercises on European soil.

These exercises coincided with the “Slavic Brotherhood” drills, a series of operations initiated in 2015, hosted alternately by Russia, Belarus and Serbia. This year the exercises took place at the Brest training grounds near the border of Russia.

Serbia, a candidate for EU membership, has since announced a refinement of its military commitments.

According to Balkan Insight, a website run by the Balkan Investigative Reporting Network (Birn), Serbia's Defence Minister Aleksandar Vulin said: “In the next period, (Serbia) will not participate in any exercises or military activities with Nato, the CSTO, Russia, the United States, China, the European Union, or the East or the West.”