Amewu Blasts Asiedu Nketia, 'My Goods Will Take Me To Heaven And Not Parliament An Insult' 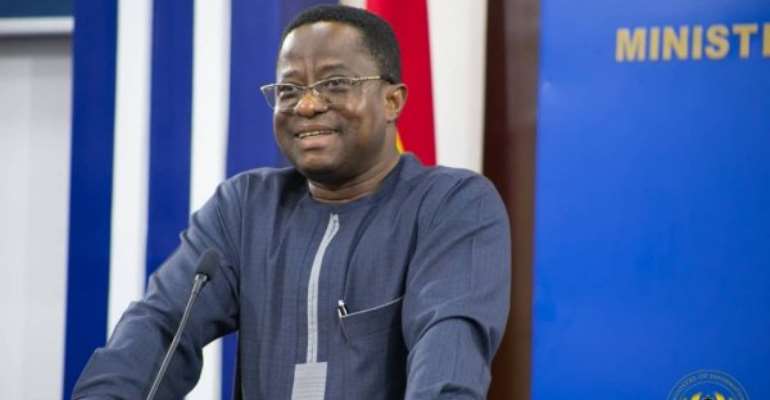 Mr. John-Peter Amewu, Minister for Energy and New Patriotic Party (NPP) Parliamentary Candidate (PC) for the Hohoe Constituency, has said his contributions in the constituency qualifies him for both Parliament and heaven.

He said it was inappropriate for Mr Johnson Asiedu Nketia to describe him as only qualified to go to heaven but not Parliament despite his good deeds for the constituents.

“That is an insult to the integrity of the people of Hohoe, Asiedu Nketia indirectly was insulting the people of the Constituency and for me, which I take seriously. He needs to come back and apologise to the people."

Mr Amewu, who was speaking to the Ghana News Agency, said “if the good works that I am doing can take me to heaven then my good deeds can equally take me to Parliament?

“The people of Hohoe are discerning, so, if I can go to heaven because of the good things, let me use that opportunity also to do good to the people of the Constituency for them to benefit."

He said that was why for all the 28 years, the people that went to Parliament in the Constituency were not able to deliver anything positively.

“people in this Constituency, have been made to think that the seat is for the NDC and so whether the candidate is good or not, they should allow the person to go to Parliament. That is how they tuned the mindset of the people.”

The PC said for a very long time, electorates do not look out for candidates but took into consideration that the seat was theirs adding that “this seat is not for anybody, it belongs to the Constituency.”

He asked the constituents to elect a credible candidate from the parties to represent them and added that it would be a keen contest and that the NDC should be informed that voters have become decerning.

Mr Amewu said the people have benefited a lot from government projects over the period and it was there for everybody to see including free education and a whole lot in the constituency, which was enhancing the lives of citizens.

He said the constituents believe that if they elect me as their Member of Parliament, I would be able to do more for them.

He said the youth was hopeful that if he represented them in parliament, a lot of opportunities be available to them.

“So, they know it is now time to cede the seat to the New Patriotic Party”, he said and cautioned them not to vote skirt and blouse., go along with the party while we explain issues to them.”

Madam Rejoice Afi Agyagbo, NPP Volta Regional Women Organiser, said the election shall be free and fair and urged the youth not to engage in electoral violence.

“I have been a constituency executive; I can hopefully say Amewu will get to parliament because the dynamics have changed.