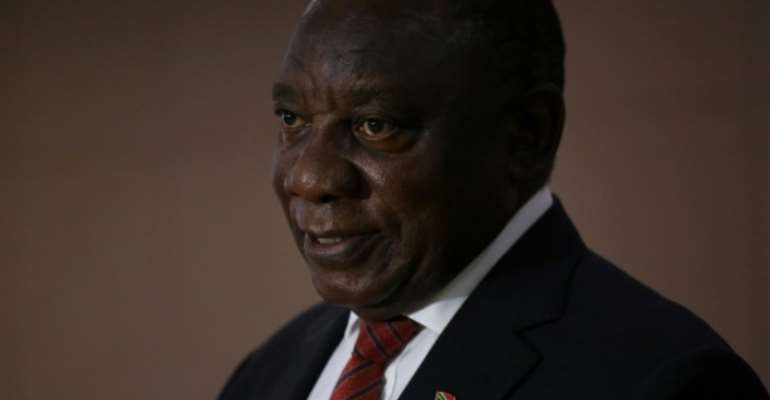 His appeal came after a group of mainly white farmers stormed a courthouse on Wednesday during the hearing of two black suspects accused of killing a 22-year-old farm manager.

The lead instigator of the rioters, Andre Pienaar, 52, was subsequently jailed and charged with terrorism on Friday.

Ramaphosa, in his weekly newsletter to the nation, strongly refuted claims that farm attacks were racially motivated.

He instead characterised the attacks as a sad reminder that the country was still recovering from its dark past under the apartheid regime, which ended in the early 1990s.

"We would be naive to assume that race relations in farming communities have been harmonious since the advent of democracy," Ramaphosa wrote.

"Unless this is addressed in an open and honest manner, unless we are prepared to engage in dialogue, this will remain a festering wound that threatens social cohesion." 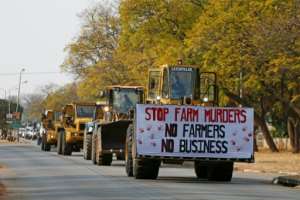 White farmers and their supporters have in recent months staged protests across South Africa against a spike in assaults and murders. By Phill Magakoe (AFP/File)

After condemning the murder of the young farm manager in the Free State province last month, Ramaphosa said the spectacle of white farmers storming a court to attack two black suspects "opened up wounds that go back many generations."

The incident showed "just how easily the tinderbox of race hatred can be ignited," he said.

The president asked all South Africans to resist any attempts to use crime on farms to mobilise communities along racial lines.

He also pointed out that the vast majority of victims of violent crime in South Africa are black and poor.

"The claim that violent crime on farms is part of an orchestrated campaign by blacks to drive white farmers off their land is simply not borne out by fact," Ramaphosa said.

"Killings on farms are not ethnic cleansing," he added.

"They are not genocidal. They are acts of criminality and must be treated as such."

White farmers and their supporters have staged protests across the country in recent months against an increase in assaults and killings on rural farms.

Such attacks had dropped drastically during the first few months of the country's coronavirus lockdown due to restricted movement, but from June the assaults spiked, according to farmers.

AfriForum, a pressure group that defends the interests of the country's nine-percent white population, told AFP that 292 such attacks had been recorded this year, including 38 murders inclusive of all races.