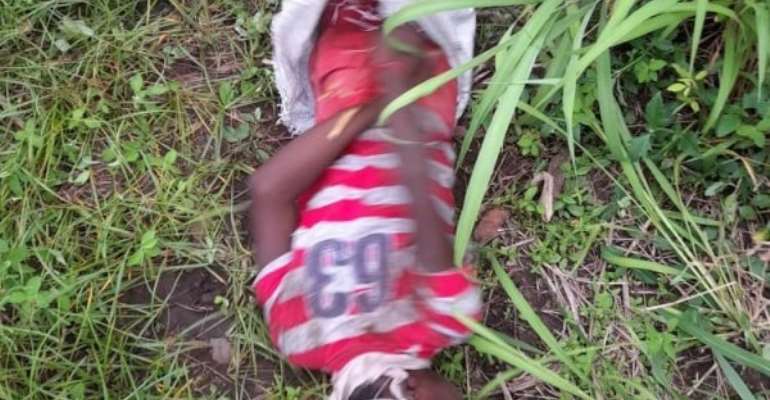 Unidentified men who kidnapped a teenager on Friday around Area 52 in Ho changed their mind by returning their 'catch' only when a voice rejected the boy's offer for a girl's preference.

The victim, (name withheld) narrated to the Ghana News Agency (GNA) from his hospital bed that some unidentified kidnappers took him hostage outside their gated house, when he stepped out to pass urine.

He said what he could remember was a hand blindfolding him and could later hear a voice rejecting his gender, in an unknown environment, all this time still in the sack with hands and face tied with ropes.

According to Mr Selorm Awadi, the father of the 14-year-old kidnapped teenager (name withheld) his son was picked by the men, who managed to conceal the victim in a white sack, and was abandoned at the vicinity of the area, where he was earlier kidnapped.

He told the GNA that his son ran an errand to buy bread for the household before 0900 hours, and could no longer be located at home afterwards.

He said the whereabouts of his son could not be ascertained until word went round that a boy was abandoned in a sack around the popular Mirage pub area in Ho.

Mr Awadi said he thought that development or incident was far away from him and was never worried until the reality beaconed.

Mr Prosper Kofi Pi-Bansah, Ho Municipal Chief Executive (MCE), who conveyed the victim to the Municipal hospital for medical attention, said this could be a clear case of a ritual operation gone good for the victim and bad for the kidnappers, after confirming the incident to the GNA.

The dumbfounded MCE appealed to parents and guardians to be vigilant over their children especially teenagers as the nation positioned itself for another election in December.

Meanwhile, hospital sources said the condition of the victim was stabilised after receiving treatment.

The Municipal Police Command has begun investigations into the alleged kidnapping episode.