Election 2020: It's Been A Wasteful 4years Under NPP – Akatsi North MP 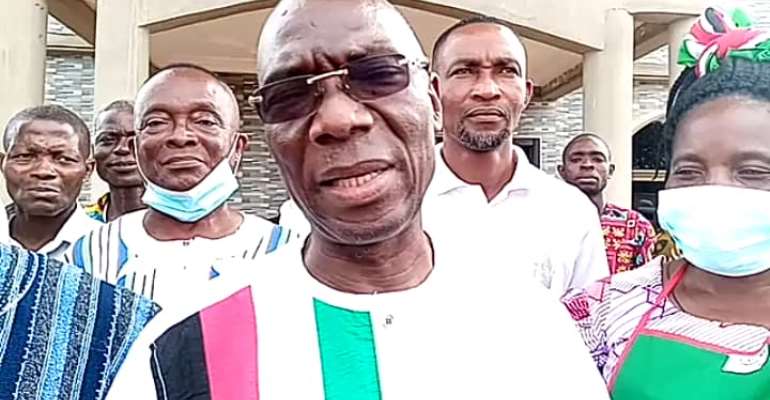 The Member of Parliament for the Akatsi North Constituency, Peter Nortsu-Kotoe has described the Nana Akufo-Addo led administration as a complete waste, noting that his district [Akatsi North] in the last four years has not seen a single development.

Mr. Nortsu Kotoe who filed his nomination for a third term bid on Friday, told Starr News’ Faisel Abdul-Iddrisu that the outcome of the December 7 polls will be determined by the track records of the two major political parties.

“I want to tell you that this year’s election would be on the track record of the two major political parties and that I say we [NDC] are unmatchable. We oversaw an unprecedented infrastructure regime; built schools, hospitals, roads and supported the growth and revival of several industries. That’s our track record and that I say will be our surest bet going into the 2020 general elections,” he said.

“If Ghanaians want to know who has performed better as far as development of this country is concerned then it is the NDC. You can imagine that the resources that we had at the time we were in office, we did so much. But this current government [NPP] has as much as three times whatever resources we had but there is nothing to show for it. If you come to my own district, apart from the interventions I made with GetFund projects, with various schools in this constituency to provide infrastructure for schools under trees, health facilities here and many other interventions, including the building of the district assembly structures and accommodation facilities for staff, the NPP has nothing to show and that tells you that even in opposition I have been able to lobby for projects,” he added.

The MP also accused government of neglecting his district while abandoning all projects started under the erstwhile Mahama administration.

“The Ave-Afiadenyigba Islamic school now has some significant infrastructure, schools at Seva, Kpeduhoe, Posmonu, Lome-Ghana and some other places had all forms of infrastructure from me, just to make sure that we remove schools under trees and to uplift their infrastructure facilities. Again, here in Akatsi North district, we started the Ave-Dakpa to Akatsi road, a market stall project in the Dakpa, the district police station project and some other projects at Ave Senior High School, those projects have all been abandoned; yet they are capturing speed ramps as their achievements.”

The MP who has been in Parliament since the creation of the Akatsi North district/constituency prior to the 2012 election said his party the NDC is the only government that meets the needs and aspirations of the people of the area and for that matter all Ghanaians.

“We are the only party that meets the needs and aspirations of our people and that I know they are aware. And so, if we come back in 2021 we will continue with our development agenda to ensure the growth we want.”