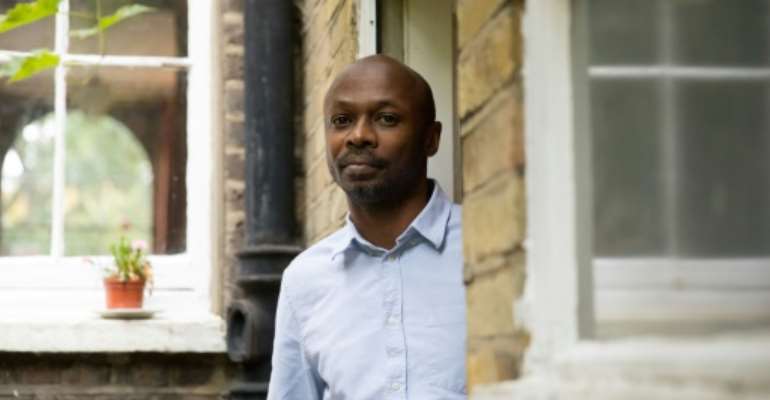 The Kenyan director behind a new documentary about a gay couple struggling for acceptance in the east African country hopes its film industry can mirror Hollywood's progressive role in promoting LGBTQ rights.

Peter Murimi, whose documentary "I Am Samuel" screens at the London Film Festival this weekend, is the latest filmmaker to depict a same-sex relationship in sub-Saharan Africa in the face of religious and cultural conservatism.

He believes portraying more gay people on the big screen across the continent, alongside moves to decriminalise homosexuality, can make LGBTQ rights a mainstream issue.

"The role Hollywood played in furthering LBGTQ rights in the United States was really big, it cannot be understated," Murimi told AFP on the sidelines of the festival.

"You could just see gay people on TV and in Hollywood, and slowly and slowly it became much easier (for them).

"They say 'you win the hearts, and once the hearts are won the law is irrelevant'," he said, adding "film can play that role".

Murimi, 42, a multiple award-winning director known for tackling complex social issues, is unsure if he will get permission from Kenyan authorities to show "I Am Samuel".

He is currently screening it internationally, but believes Kenya is becoming more tolerant, despite the protagonists of his documentary having to move home for their own safety.

The filmmaker said they also have a plan ready should the film provoke a backlash inside Kenya.

"In the last 10 years (LGBTQ rights have) really actually been making a lot of strides in a positive way," Murimi insisted.

"So we'll just try our best and hopefully Kenyans will see it and that's what we want."

Murimi is encouraged by the reception of other recent high-profile African films about gay relationships.

The 2018 movie "Rafiki", about a lesbian love affair, was initially banned by Kenya's censors but that was later overturned, and it went on to have some sold-out screenings.

Not 'us against them'

"I Am Samuel" tells the story of Samuel and Alex, a gay couple from humble backgrounds living in the Kenyan capital Nairobi and part of a community of fellow queer men.

It comes as the country sees legal challenges to a British colonial-era law punishing "carnal knowledge... against the order of nature" by up to 14 years in jail.

Murimi believes despite the legislation's historical legacy, the fight for greater acceptance of the LGBTQ community is something best left to Kenyans.

He noted homophobic people in the country criticise gay people for adopting "Western behaviour" and said outsiders' calls for more tolerance are typically characterised as "imposing your culture on us".

"So it is counterproductive and it's better if nothing happens and we just try to sort it out," Murimi added.

His documentary ignores the ongoing legal battles and focuses instead on Samuel's struggles to win acceptance of his relationship from his own family, who live on a farm in a rural part of Kenya.

The filmmaker, a heterosexual who sees himself as an ally of the LGBTQ community, said he wanted to create something that "parents can relate to" as well, broadening the number of people who could appreciate it.

"This film I hope can do that because it is not an 'us against them'. It's very nuanced, it's very balanced, it's a story about a family that is struggling with this issue, having a gay son," he explained.