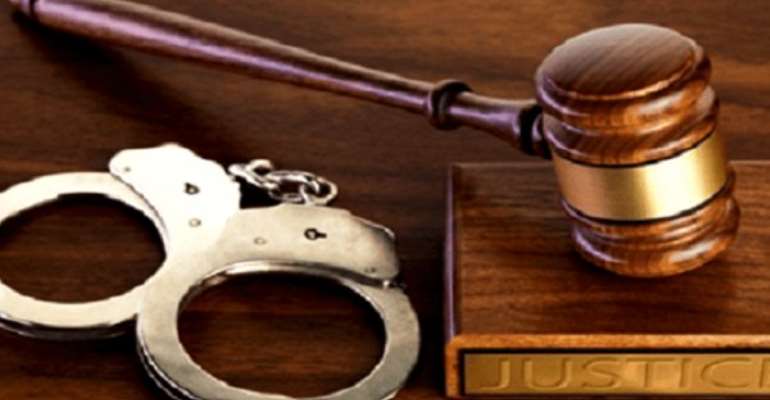 A man and woman who were picked up for allegedly robbing a forex bureau of $100,000 have appeared before an Accra Circuit court.

Awal Bardari, aka Captain, a 25-year old scrap dealer, and Fatima Mohammed, also 25 and a trader, who allegedly called the complainant for the said amount to be changed into cedis, were in the dock.

Awal Bardari, who named Gafaru, Mohammed and one Jamal, now at large, as his accomplices, shot the complainant in the abdomen and chest and bolted with the money.

Bardari and his accomplices have been charged with conspiracy and robbery, while Fatima is facing a charge of abetment of crime.

Bardari and Fatima have pleaded not guilty.

The court, presided over by Mrs Ellen Ofei Ayeh, has remanded them into police custody to reappear on October 14, pending further investigations.

It further directed prosecution to file their disclosures within 15 days.

Prosecution, led by General Sergeant Thomas Sarfo, said the complainant, Moshie Abdulai, was a businessman based in Accra and the accused persons resided at Agbogboloshie.

Sergeant Sarfo said on August 27, this year, the complainant was in his office conducting his forex bureau business when he received a call from Fatima requesting for $100,000 in exchange of cedis.

The complainant became interested and Fatima directed him to Abelemkpe, near a mosque, for the business to be conducted.

The complainant and his brother put the $100,000 in a backpack and went to the said location but upon informing Fatima on phone of their arrival, Bardari, Gafaru, Mohammed and Kamal suddenly arrived on Honda Motor bikes and pulled a pistol.

Prosecution said Bardari and the three accomplices threatened to kill the complainant if he failed to hand over the backpack and its content.

Bardari gave a warning shot and also shot the complainant in the abdomen and chest, took the money and bolted with his accomplices, prosecution said.

The complainant's brother, known as Zibo Karim, seeing Abdulai in a helpless state, rushed him to the Achimota Hospital, where he was subsequently referred to the Korle Bu Teaching Hospital.

Prosecution said Police Intelligence led to the arrest of Fatima as she was the one who called Abdulai to the scene to be robbed.

Additionally, it said Bardari was also picked up by the police at his hideout to assist in investigations adding that efforts were underway to apprehend the other accomplices.