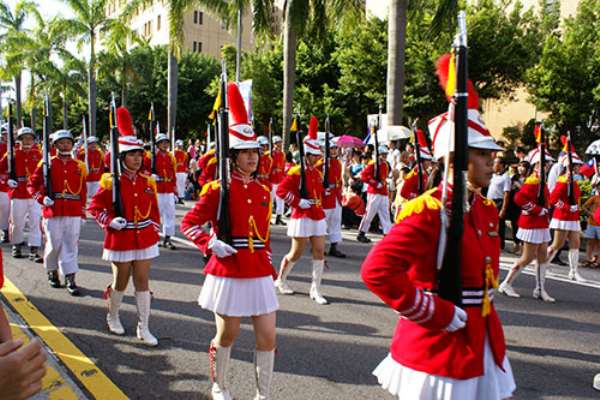 Today, we join the 23 million people of Taiwan in and outside Taiwan in celebrating the National Independence Day of the Republic of China (Taiwan), which is also referred to as Double Ten Day or Double Tenth Day. This year's theme is: “2020 Proud of Taiwan.”

This day today, marks the 18th anniversary since the establishment of the Africans United for Taiwan (AUT) in 2002. October 10 commemorates the start of the Wuchang Uprising of 10 October 1911 (10-10 or double ten), which led to the end of the Qing Dynasty in China and establishment of the Republic of China on 1 January 1912.

It is not an ordinary thing that October 10 is celebrated in Taiwan and not in mainland China. On the contrary, it shows the foundation of a political transformation that continues even to this date. The independence of Taiwan on 10th October, 1911 was historically important for China, Asia and the entire world. It is an opportunity to celebrate and mark India's sovereignty.

It is on record that while the KMT military defended China against Japan territorial expansion during Second World War, the Chinese Communist Party (CCP) was busy preparing itself for a civil war. The government of the Republic of China, the Nationalist Party, or Kuomintang (KMT), retreated to the Island of Taiwan when they lost the Chinese Civil War in Mainland China in December 1949. The National Day is now mainly celebrated in ROC-controlled Taiwan, but is also celebrated by many Chinese in the Diasporas.
During the establishment of the Republic of China, Taiwan was under Japanese rule, which began in 1895. In 1945, after surrender of the Empire of Japan in World War II, Taiwan was placed under the control of the ROC. The Republic of China lost its status as representing the title of China in the United Nations in 1971.

A country's national day is not only about the future; it is also an opportunity for the nation to come together, focus on a shared narrative, take stock of the present and reflect on its past. It is the country's National Day. With every transition, Taiwan's story has unfolded and taken new turns.
Communist China's concept of “One China, Two Systems” overtly and covertly threatened the existence of Taiwan. In these times, it is more important than ever that countries uphold and defend the core values of peaceful co-existence, democracy, the rule of law, justice, basic human rights, freedoms, dignity, the list goes on. These are values that Taiwan has worked incredibly hard to foster. These are values that are directly under threat from neighbouring communist China (PROC).

On this all important day, the Africans United for Taiwan (AUT) warmly salutes all the martyrs and heroes of the struggle for Taiwan's sovereign national independence and freedom. We call on all members-states of the African Union (AU) forge cooperation and diplomatic ties with Taiwan. It is time for African Governments to treasure friendship and solidarity with Taiwan, a step the AUT believes will go a long way to help bail the continent out of its current precipice.