Secessionist Group Must Be Disbanded And Prosecuted 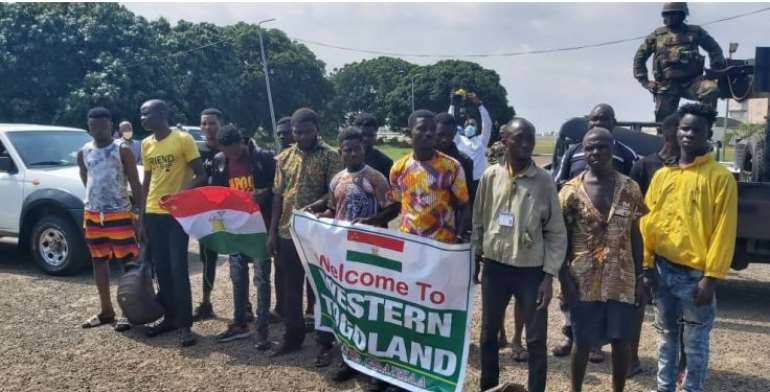 The selective agitations for “independence “ by the Homeland Group only surfaces when a particular political tradition is in power. On the other hand, when a party with ties to the Volta Region is in power they totally forget about their secession cries.

This selective amnesia of who they are and where they belong gives their movement a partisan coloration, nurturing the emotions of unsuspecting citizens and driving them to extremes, which in recent times have included violent attacks on lives and properties.

The group that call themselves Homeland Study Foundation are predominantly a minority group within the Ewe tribe of the subregion who are fermenting insecurity in the Volta Region. History has it that they migrated in the 1600s to the Volta Region from Oyo Empire (present-day Nigeria) to where they are now.

After tribal wars and misunderstanding amongst them they kept on moving south and westward till they settled at their present abode.

The Ewes form three main groups, northern , middle and southern. The exodus of the southern group occurred because their King Agokoli treated them with iron hands where they hatched plans to escape to the southern part of Togo and southern Volta Region of Ghana.

Before the Ewes settled in Southern Benin to Volta region that part of the subregion was under the then Akwamu empire ( 1620 to 1710) which occupied the area from Agona, Winneba, Afram Plains Southern Togoland to Quida present day Porto Novo which is next to the Nigerian border. During the era of colonization that part of the subregion was Gold Coast, Trans Volta Togoland, Togoland and Dahomey. In May 1956 before

the independence of Ghana a plebiscite was held where Trans Volta Togoland chose to be part of Ghana. Observations since the plebiscite indicates that they are minute elements in the region who always want to break away against the will of the majority. These groupings become aggressive anytime anyone other than their tribesman forms a government.

The Pan African fathers of Ghana preached African Unity, the ECOWAS has been formed every nation around the globe is yawning for unity and regional integration. The subregion is striving to live in peace only for this Homeland Study Foundation to agitate secession. It has been about 5 to 6 generations since the group's ancestors migrated to the sub region where they were aborigines already occupying the land. Ghana will not allow the Akwamus to lay claim to the land and ask the Ewes to live.

It is very unjustified and ungrateful for the Homeland Study Foundation under Charles Kormi Kudzedzi and his followers to want to claim the area and name it another country. The nation Ghana has been formed . It has laws that are universally recognized. All that live in our beloved nation of Ghana must abide by its laws or orders, failure to do so should be punishable to the maximum dictates of the law.

The million dollar question is, how can the government and this delusional fringe group step back from a showdown? Failure to do so in a timely manner may result in regrettable irretrievable consequences.