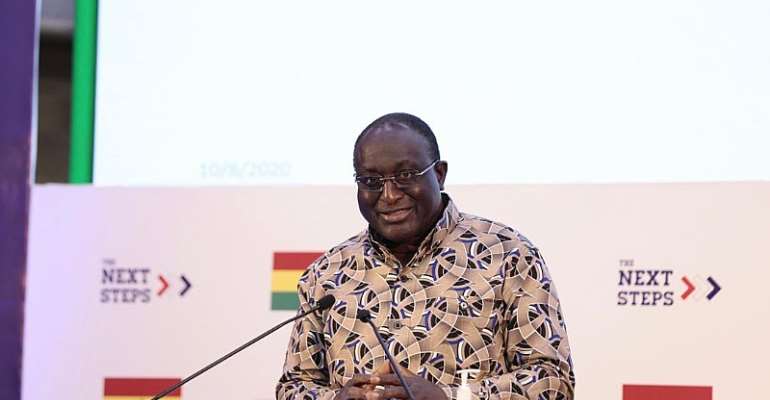 Government says 232 out of 260 factories under its flagship One District One Factory (1D1F) industrialization program are near completion with some operating at full capacity.

Trade and Industry Minister, Alan Keyerematen who announced this at the Nation Building Updates held in Accra on Thursday, September 8, 2020, also disclosed that “through the 1D1F government's initiative, 76 projects have been completed and are in full operation, 107 projects are under construction, 36 are ready to commence constructions and 13 are in the pipeline to be financed by the Private Finance Initiative (PFIs)”.

Speaking on the theme “Industrializing Ghana; One District at a Time, the Trade and Industry Minister noted the 1D1F agenda is the key to Ghana's structural transformation.

He said it is about time the country moves from an agrarian economy to an industrialized economy.

In doing so, he said, the government will provide the necessary support to businesses to achieve this agenda.

The 1D1F is a private sector-led initiative envisioned by President Akufo-Addo to create the necessary conducive environment for businesses to access funding from financial institutions and other support services from government agencies so as to establish factories and production units in the various districts of the country.

It seeks to change the structure of Ghana's economy from one which is dependent on import and export of raw material to one which is focused on manufacturing, value addition and export of processed goods by processing raw materials found largely in the 275 districts of the country into finished or semi-finished goods.

According to him, 162 of these factories representing 72% are new companies whereas the remaining 64 are existing companies who were rolled onto the program.

Highlighting the role of the program towards Ghana's transformation, Mr. Kyerematen noted that the program is “here to stay” and therefore, the country must be inward-looking and self-sufficient in certain specific production by adding value to our natural resource endowments to promote import substitution and thereby conserve our scarce foreign exchange.

You have no authority to banish, kill anyone for being gay; ...
41 minutes ago