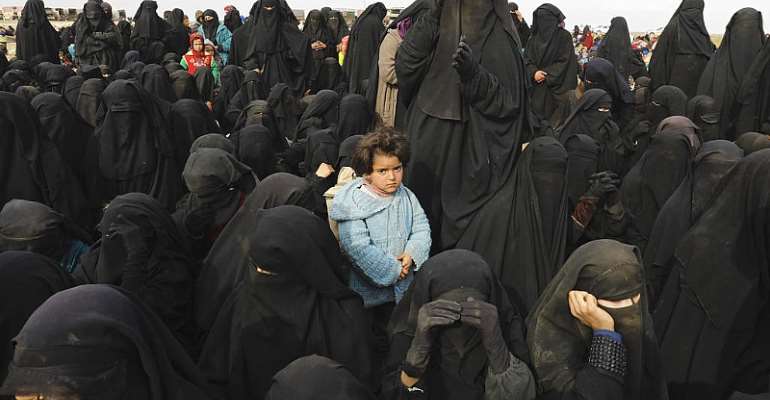 Every year since 1994, the Bayeux Calvados-Normandy Awards has drawn attention to exceptional examples of reporting in conflict zones. For award-winning British journalist Ed Vulliamy, president of the 2020 jury, the week-long event is a chance to honour those who defend truth in an ever-changing world.

The Bayeux Calvados-Normandy Awards for War Correspondents is an annual opportunity to shine a light on the dangerous conditions endured by war correspondents around the globe.

Now in its 27th year, the week-long event (5-11 October) featuring conferences, screenings, exhibitions, and a prize giving ceremony, is hosted by the city of Bayeux – the first French town in Normandy to be liberated from German occupation by the Allied forces in 1944.

For British journalist Ed Vulliamy, at the head of an international jury for the first time, the awards represent something much more.

"It's a huge responsibility, as we're awarding the 'Oscars' of war reporting, the most prestigious award in our profession," he told RFI by phone on Thursday.

"If you ask reporters if they prefer a Pulitzer or a Bayeux, they'll say Bayeux."

'Best of the best'

Although he has won several awards including the British Press Awards International Reporter of the Year (twice), Vulliamy admits it's quite intimidating to be in charge of handing out the ten prizes in four categories: print, radio, television and photography.

"It's terrifying," he chuckles, referring to the high calibre of the work at hand.

"It's an honour of a lifetime, it's the gathering of a clan…a tribe of brave people, the best of the best. And at a time when truth is an endangered species."

Ed Vulliamy belongs to what journalists refer to as the 'Sarajevo generation', covering the conflicts of the 1990s in Slovenia, Croatia and Bosnia, and the war in Iraq from 2003.

Footage filmed in concentration camps in his documentary Omarska's Survivors: Bosnia 1992 was used at the International Criminal Court in The Hague in 2006, with Vulliamy becoming the first journalist since the Nuremburg trial to testify in a war crimes tribunal.

"For me, the yard stick for good reporting is anti-war reporting. War is an abomination and our job is to communicate that."

"Personally, what I'm looking for is quite low-key delivery, I don't think viewers and readers want to be clobbered over the head with a stick."

"Our job is to make the viewer 'sadder and wiser'," he says quoting a line from a poem by Samuel Taylor Coleridge, "but it has to be done quite gently."

"An element of humility is important, if the story is all about you, I'm not that interested. Some of the reporting is quite high octane, bordering on hysterical, and that doesn't do it for me."

There are of course the technicalities of reporting: "The framing of a photograph, the originality of the idea, the architecture of your piece," he says, likening journalism to an "artisan craft" which must use language well.

And above all, "It must be a damn good story."

For Vulliamy, who has been a member of the jury in the past, the Bayeux awards are particularly special because they are put on by local authorities and not sponsored by the industry, and one can directly meet the general public.

Describing the event as an "encounter", he praised the curiosity and the engagement of the high school students he met who are involved in the selection of "The Normandy Region secondary School Students' Prize" for television reporting worth 3,000 euros.

"I was asking them about which one they voted for and why. It was fascinating to hear about their preoccupations with China, in our generation it was the USSR. They're growing up in a world where China is doing many of the things the Soviet Union did but with impunity because the money is right."

So why do journalists like him keep returning to conflict zones despite the gruesome nature of the work and knowing that they won't necessarily be able to impact politics?

The answer is simple: "It's our job. That's what we do." Just like doctors and nurses on the frontline of the Covid pandemic, he says.

"Journalism is about bearing witness. It's the defence of truth".

And war as a subject is not about to go away any time soon.

"War is unfortunately a part of the human condition, it is irrevocable, war and wars will never end, they will mutate," Vulliamy says, listing the emerging forms of 'slow violence' from climate catastrophe, to the plight of indigenous peoples and species, femicide, ethnic cleansing and drug wars, a subject which Vulliamy has focused on for many years in Mexico.

"We cannot call all violence 'war'," Vulliamy writes on the Bayeux website, "and focus on warfare is what raises Bayeux to a level of honour above all other awards for journalism.

"But I do think young people will want us to be less conventional with regard to what we call 'War', and, logically, war reporting."

Despite the bleak subjects and constant spectre of death, he says war correspondents are an incredibly funny bunch: "Their profession underpinned by a black humour. You laugh with them in a way you don't laugh in civilian society."

Why not then include the aspect of comedy with comic strips and cartoons as part of the Bayeux Awards in the future, he muses.

After all, "What power fears, what they hate, is being laughed at, being the clown, the fool. They don't mind being exposed, it's the cartoons they can't stand."

The five photo exhibitions connected to the Bayeux Awards are all on display until the 1st November, in different locations around Bayeux, free entry.