Protests in Nigeria over police brutality 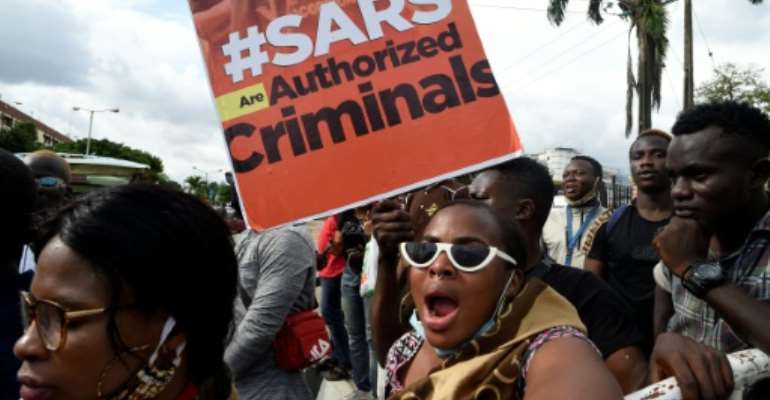 Hundreds of people rallied against police brutality for a second day Friday in Nigeria's economic hub Lagos after a video of a man being allegedly killed by police went viral.

Anger has been brewing on social media after the video of the alleged killing in the southern Delta state, which authorities denied was real.

The man who filmed the video was arrested, provoking even more anger.

Several other demonstrations have taken place in recent days across the country, including in the capital Abuja.

The movement initially targeted the federal Special Anti-Robbery Squad (SARS), widely accused of unlawful arrests, torture and even murder, but has since broadened to include all police forces.

While the SARS unit was suspended on Sunday, groups such as Amnesty International said the government had not gone far enough, pointing to previous unsuccesful attempts to ban the force.

There were more than 2.4 million tweets with the hashtag #EndSARS on Friday.

"This problem affects us all; we all risk being tortured, arrested, extorted for no good reason," he added.

Several Nigerian celebrities have expressed support for the movement.

MPs split heads as anti-LGBTQ+ bill to be laid in Parliament...
10 minutes ago

Angola President in Ghana for 3day visit
15 minutes ago