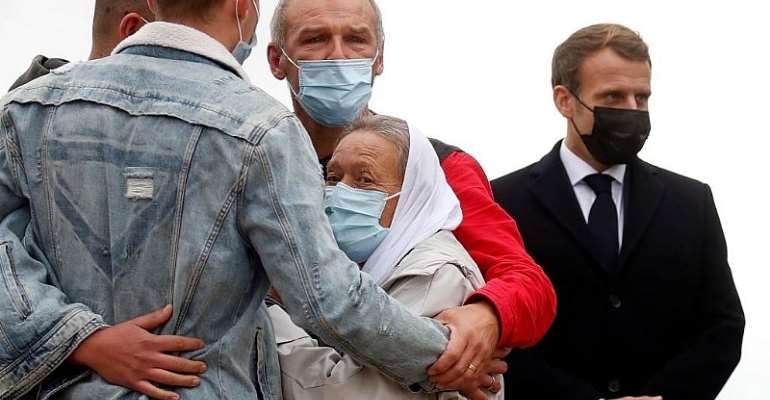 Children's charity worker Sophie Pétronin has returned to France after nearly four years as a hostage in Mali. She was welcomed by President Emmanuel Macron, Foreign Minister Jean-Yves Le Drian and her family.

The 75-year-old arrived at Villacoublay airbase just outside Paris around midday on Friday.

Petronin and Macron had been expected to make a brief statement at the airbase, but after an hour talking with her family, she decided she did not want to make any comment.

Before leaving, Macron tweeted his delight at her safe return.

On Thursday, Macron spoke of his immense relief over the release of the last French hostage in the world.

There were concerns about Pétronin's health after a 2018 video showed her looking emaciated. The footage triggered alarm among her family who urged Macron to negotiate with her captors.

She was set free on Thursday along with Malian politician Soumaila Cissé and two Italian nationals Nicola Chiacchio and Pier Luigi Maccalli.

Video on social media showed Pétronin descending from a plane to an emotional greeting from her son in Bamako.

Cissé followed her and was also embraced by relatives. "It was a difficult period, but it has been overcome," the 70-year-old told AFP.