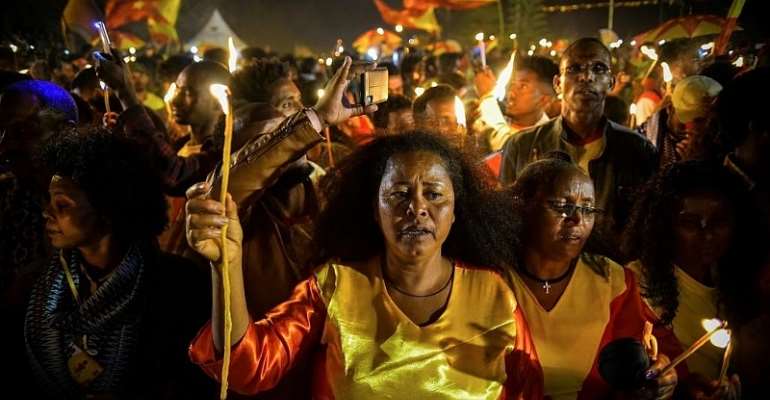 Ethiopia's parliament has passed a resolution to eliminate relations with the Tigray region after it held its own wildcat parliamentary election in September.

The House of Federation upper house “decided the federal government should sever any kind of relationship with the Tigray regional state assembly and the region's highest executive body,” according to a statement read out on state television on Tuesday.

The move to hold elections went against the federal government and the national election board to postpone the elections by a year due to concerns over the Covid-19 pandemic.

While relations between Prime Minister Abiy Ahmed and the Tigray People's Liberation Front (TPLF) have always been tense, this move to go to elections became a flashpoint, according to Mohamed Girma, visiting lecturer at the University of Roehampton in London.

“Other regional governments understood or accepted the government's proposal to postpone it, but TPLF again found an opportunity to oppose the prime minister,” says Mohamed.

Abiy's move to postpone the elections was seen as controversial, especially in light of the increasing inter-ethnic tensions throughout the country.

Part of the tension stems from Abiy's shuttle diplomacy between Addis Ababa and Asmara, the Eritrean capital. Abiy received the Nobel Peace prize in 2019 for his work in re-establishing diplomatic ties with Eritrea, which had not had normal relations since war between the two broke out in 1998.

The TPLF have a long, fractured history with Eritrea, stemming from a number of issues, including the disputed Badme town along the border, which was key to the Eritrean-Ethiopian war of 1998.

“Critics in Tigray said Abiy didn't give the same attention to Tigrayan issues, so every time he went to Asmara it irritated the TPLF,” says Mohamed.

Mohamed says this crisis adds to the overall feeling of uncertainty in the region, and in the nation as a whole.

“Living between the tensions of the two levels of government is not something that is welcome, psychologically speaking. People will suffer from this uncertainty,” he says.

Economically, bypassing the TPLF will be a difficult task, although the federal government said it would work with local governments in the region.

“That might look plausible on paper, but it is very unclear how the government would be able to deliver that, and might also have some economic implications to the people of Tigray as well,” says Mohamed.

The government has said that it will not be severing its relationship with the people of Tigray.

Before the wildcat election, Abiy had initiated a charm offensive, says Mohamed, speaking to Tigrayans in Tigrinya in a series of speeches.

TPLF claimed a majority in the recent elections.
“That presents the government with a unique challenge: if the Tigrayan people have the support of the TPLF, the action of bypassing the TPLF and working with the lower government is not practical,” he says.

The problem also has implications on a national level, especially if there is no political will to bring both sides to the table, adds Mohamed.

“That is what people are longing for... but that is not happening and both parties are pushing in opposite directions,” he says.

“It's also creating anxiety about the whole social contract and the possible disintegration of that federal system as well,” he adds.