Ayariga To Renew Fight Against Filing Fee After 2020 Election 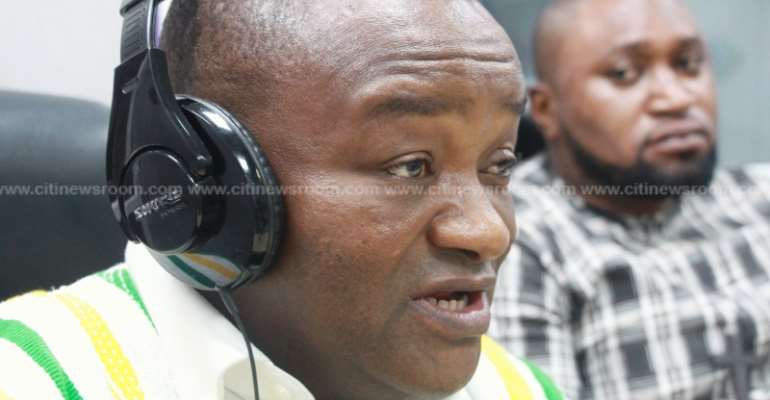 The All People's Congress (APC) flagbearer, Hassan Ayariga, says he will continue his opposition to the new filing fee set out by the Electoral Commission after 2020 elections.

Speaking on Eyewitness News, he said he did not want to be the reason for any delays in the electoral processes hence his decision to fight the fee after the upcoming general elections.

Mr. Ayariga has already petitioned the Commission asking for the GHS100,000 fee to be slashed in half because of the strain caused by the coronavirus pandemic.

“They [EC] wrote back to me telling me that they are unable to do anything,” he disclosed.

He had previously accused the EC of selling the presidency to the highest bidder.

Despite his disappointment, he has decided to exhibit some restraint.

“I still have a lot of opportunities and chances to take them on but I decided not to…I did not want to be the one to take this election backwards and put Ghanaians in limbo of whether we are going to have an election or not.”

“I have decided that after the election, we will do that because we are already in COVID-19 period, and we are running out of time…One will consider the fact that we can manage things and let it go,” Mr. Ayariga added.

A host of smaller political parties complained about the new filing fees and pleaded for discounts.

The last increment in filing fees in 2016, when it was raised to GHS50,000, was unsuccessfully challenged by the Progressive People’s Party.

The party maintains that the EC should not look for profit in the electoral process.

Even as its flagbearer, Brigitte Dzogbenoku, was filing her forms earlier this week, she still appealed for a discount from the EC.

The EC has argued the increment is in tandem with the value of the Cedi.