With All Due Respect, If Mahama Worked His Socks Off, Why Was He Voted Out In 2016? 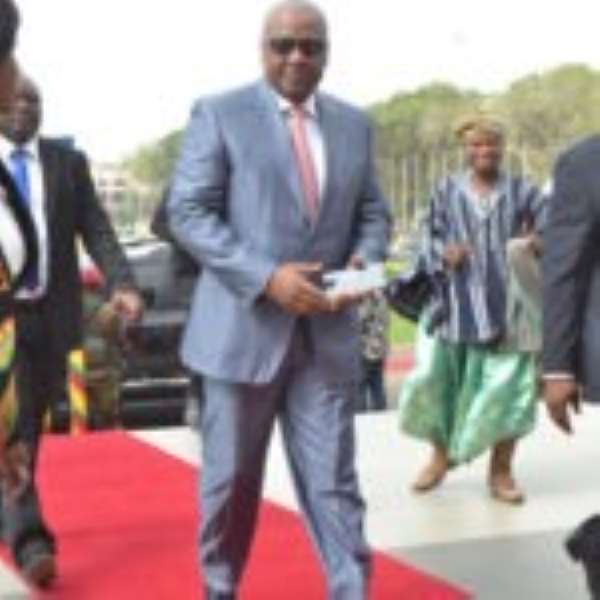 Some of us, as a matter of conviction, cannot comprehend how and why former President John Dramani Mahama would move heaven and earth to return to the presidency considering his woeful performance during his tenure in office.

More so, it is quite bizarre for the NDC faithful to conclude that the NPP maliciously lied about Mahama administration's incompetence and corrupt practices and deceptively pledged juicy, albeit unachievable Manifesto promises which led to their 2016 landslide victory.

With all due respect with no attached condescension whatsoever, the NDC loyalists must take deep introspection and accept the painful fact that their dreadful errors in judgement which unfortunately sent Ghana's economy deeper and deeper into the mire, to some large extent, cost them the power in 2016 election and not the supposedly 'wicked' lies put out by their opponents.

The fact however remains that the rot in the erstwhile NDC government was as pervasive as the odour of garlic, which led to some diehard supporters emitting their displeasure and threatening to boycott the 2016 general elections.

I remember vividly how my long-term friend who had witnessed enough of the unpardonable mess in his beloved NDC government decided to walk out of the party.

My pal contended somewhat passionately that he had been defending and promoting the party's much touted ethos of probity, transparency and accountability for well over twenty three years, but lost the zeal to continue, as the sleazes and corruption in President Mahama's government reached immeasurable proportions.

My friend, however, maintained that the straw that broke the camel's back was when President Mahama decided to behave as the benevolent Father Christmas and unjustifiably gave away large portions of Ghana's scarce resources to apologists like Madam Akua Donkor of Ghana Freedom Party (two four wheel drive cars and a luxury bungalow estimated to cost a staggering $470,000) for no work done.

My mate's beef stemmed from the fact that he had worked his socks off all those years for the Party to enjoy power, meanwhile he had nothing to show for his efforts.

My pal was, therefore, incensed that parasitic creatures like Madam Akua Donkor were needlessly being showered with all sorts of melodic gifts.

Unsurprisingly, though, my friend abandoned his role in the NDC prior to the 2016 election and confided in me that he did not even bother to travel to his polling station on the voting day.

In fact, my best mate did not see the urgent need to vote for NDC and President Mahama, given the crass incompetence and the unpardonable corruption.

You may believe it or not, in private discussions, my pal would seriously raise concerns about the bribery and corruption scandals such as the infamous Bus branding, the Brazil World Cup, SADA, SUBA, GYEEDA, SSNIT, NCA, MASLOC, the furtive Ford Expedition Vehicle, the Woyome's 51.2 million dubious judgement debt, the Waterville's $30 million wrongful payment, the Isofoton's dubious payment of $325,000, among others.

My mate was, in fact, extremely worried about the GH200 million SADA funds spent on trees which were later burnt down and the guinea fowls that miraculously flew to the nearby Burkina Faso.

A large portion of Ghana's scarce resources, regrettably, 'decanted' into the drains due to the irrevocable mismanagement and the wanton corruption perpetrated by the officials of the erstwhile NDC administration.

But in all these, the loyalists NDC supporters would want discerning Ghanaians into believing that the erstwhile NDC government provided exceptional governance.

Truly, vague apprehension of patriotism exists in the minds of many Ghanaians, who prefer needless praise singing to defending the national interests.

The good people of Ghana, regrettably, witnessed so much duplicities, unbridled corruption, incompetence, nepotism, cronyism and frequent abuse of power in the erstwhile NDC government, and hence the vast majority of Ghanaians have permanently lost trust in the NDC.

But despite the obvious economic meltdown back then, President Mahama and his apologists kept trumpeting their vague rhetoric , political insobrieties and meaningless slogans-'Mahama Tuaso'; 'We care for you'; 'people matter, you matter'; 'we are transforming lives'.

Suffice it to stress that the good people of Ghana struggled endlessly to pay their utility bills and could not even afford their children school fees.

The well-meaning Ghanaians, therefore, took a conscious decision by reposing their trust in NPP to set them free from the NDC government's ostensive economic enslavement.

The good people of Ghana embraced NPP's advantageous policies such as One District One Factory, One Constituency One million dollars, One Village One Dam, Free SHS, Tax deductions, among others.

But for the pernicious coronavirus, President Akufo-Addo and his government would have managed to fulfil all those promises.

Based on Mahama's abysmal performance and Akufo-Addo's excellent leadership, some of us can confidently state that the good people of Ghana made the right choice by electing the septuagenarian Nana Akufo-Addo and retiring the middle-aged John Dramani Mahama in the 2016 election.