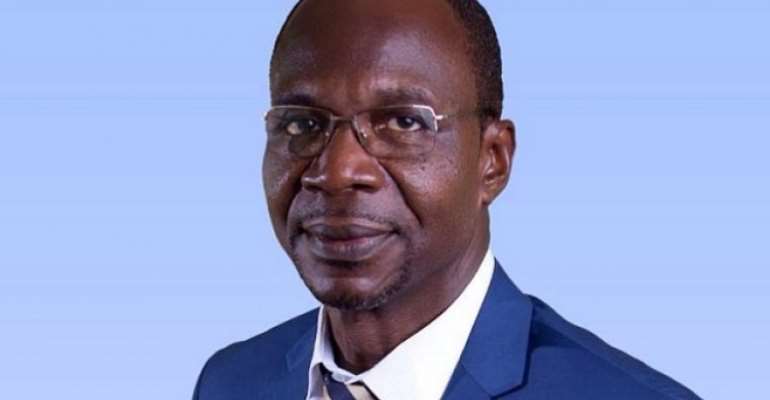 The Ghana Journalists Association (GJA) has described as unconstitutional the arrest of the Editor of Whatsup News, Mr David Sitsope Tamakloe​​​​​​​.

GJA says it undermines the values of the country’s democracy.

David Sitsope Tamakloe, Editor of Whatsup News and vice-president of the Private Newspaper and Online Publishers Association (PRINPAG) was arrested by the Police on Wednesday afternoon over a publication in his virtual newspaper.

The publication was carried from a press conference held by the opposition NDC which alleges some police intimidation against the Ewes and Northerners during the voter registration exercise in New Edubiase.

He charged for publishing fake news.

The police invited the Editor of Whatsup News but failed to honour. After several unhonoured invitations, the police secured a bench warrant to help arrest the Whatsup News Editor in Accra.

In a press release from GJA signed by President Mr Affail Monney, the Association is deep concern about the arrest of the journalist.

“To the extent that Mr Tamakloe’s arrest relates to his journalistic work, the GJA believes the police action is unconstitutional and undermines the values of our democracy”, part of the press release reads.

While urging anyone with concerns about Mr Tamakloe’s work to report him to the NMC for better solution, the GJA insists that it will continue to follow, with all-consuming attention, these disturbing developments until justice is expeditiously served.

Below is the full press release from the GJA:

The Ghana Journalists Association (GJA) is deeply concerned about the arrest of David Tamakloe, Vice President of the Private Newspaper Publishers Association of Ghana, (PRINPAG) for publishing a story in his Whatsapp Newspaper about the alleged harassment of minority ethnic groups in New Edubiase.

The 1992 Constitution guarantees freedom of expression and creates avenues for persons who feel aggrieved by any media content to complain to the National Media Commission, (NMC).

To the extent that Mr. Tamakloe’s arrest relates to his journalistic work, the GJA believes the police action is unconstitutional and undermines the values of our democracy.

We urge anybody concerned about Mr. Tamakloe’s work to report him to the NMC.

As we prepare for our 8th democratic elections, the last thing our nation wants is wrongful application of police authority that derails Ghana’s democratic ascendancy. This, indeed is the reason why most Africans still revere H.E President Akufo-Addo for leading efforts to repeal the obnoxious criminal libel laws from our statute books. Neither the police nor any person or institution within the security apparatus should act in a way that embarrasses the nation.

The GJA will continue to follow, with all-consuming attention, these disturbing developments until justice is expeditiously served to assuage the concerns ignited by the circumstances and timing of Mr Tamakloe’s arrest and prosecution.

Government to reclaim mined-out areas in Ghana
54 minutes ago