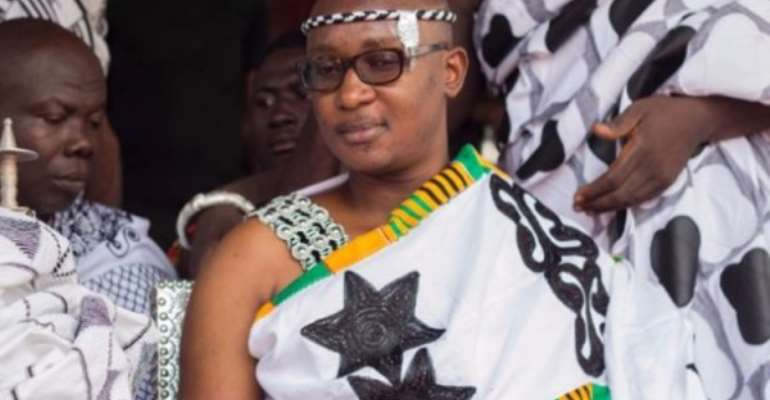 Daasebre Akuamoah Agyapong II, the Paramount Chief and President of the Kwahu Traditional Council has been elected as Vice President of the Eastern Region House of Chiefs at their last meeting, held in Koforidua on October 5.

A statement from the Osonogyimah Palace, Kwahu, copied to the Ghana News Agency, said he would serve a four-year term.

The House also elected Konor Sakite II of Manya Krobo as the President to jointly ensure that all the litigations across the region were resolved.

The Eastern Region consists of 11 paramountcies and eight of them currently have no paramount chiefs due to various Chieftaincy disputes that had plagued the House over the right to succession, the statement said.

Other members of the House are; Okyehene, Akyem Bosomehene, Konor of Manya Klo, and Omanhene of New Juaben.

In his acceptance speech, Daasebre Agyapong II pledged to give off his utmost service to Okwahu, Eastern Region and the entire country.