Drama In Court As Mechanic Jailed 7years Over Defilement 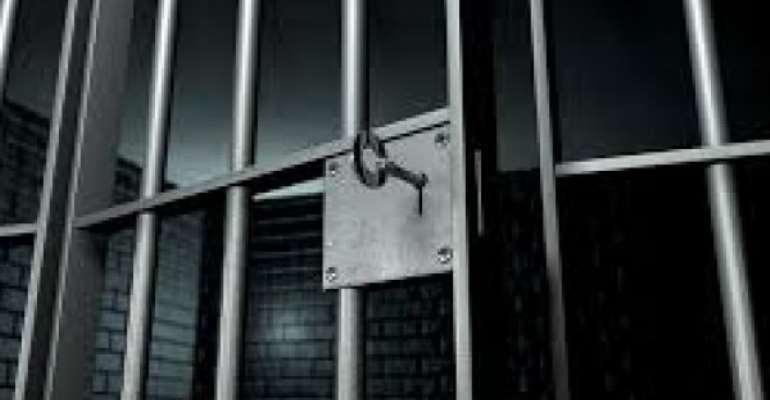 There was drama when an Accra Circuit Court sentenced a 21-year old Auto mechanic to seven years imprisonment for defiling a 12-year old girl in a vehicle parked at a mechanic shop at Darkuman.

Samuel Teye, was found guilty by the Court presided over by Mrs Christina Cann on the charge of defilement at the end of a trial.

Teye in his plea for mitigation, maintained that he did not defile the victim, but pleaded with court.

But soon after judgment was pronounced in the courtroom, Teye's step father raised his hand in the air saying he and family had paid GH¢3,000.00 to the complainant and yet his son was convicted.

Teye's step father said he and complainant discussed that they were going to give some of the money to the Prosecutor and the Police Commander.

Then the trial judge asked of the whereabouts of the complainant who in open court admitted collecting the money.

The complainant also told the court that they were approached by the convict's step-father and relations to collect GH¢3,000.00 to defray any cost incurred as a result of the matter.

According to the complainant, he had not spent the money and it was lodged in a Momo wallet.

The court, the compelled the complainant to produce the money and hand over same to the convict's step-father.

After some minutes, the money was produced and handed over to Teye's step-father.

Deputy Superintendent of Police (DSP) Agnes Boafo, the Prosecutor said she was unaware of any payment.

The trial Judge cautioned audience in the court room against payment of monies to any court official or police personnel.

The judge said: "I don't take bribe here, I don't accept "thank you gifts". Don't give money to any one court to be given to anybody. I am paid for the job I am doing.

If you pay any money to anyone, that person is going to use it for himself."

Passing Teye's sentence, the court noted that he was first offender, and was young.

Due to the factors mentioned above, it was handing down seven years imprisonment.

Touching on the judgment, the court noted that, prosecution was able to prove their case after witnesses to make their case.

Teye claimed he was not at the said crime scene and through his lawyer filed a plea of alibi.

DSP Boafo narrated that the complainant is a driver residing at McCarthy Hills and the victim is his daughter.

Prosecution said the victim resided with her mother at Darkuman with Teye in the same vicinity.

On March 25, this year, at about 2000 hours Teye lured the victim into a black Chevrolet private car parked inside a mechanic shop at Darkuman.

Prosecution said Teye locked the car doors and forcibly had sex with the victim on a front seat.

The Prosecutor said the victim returned home late and when her Aunty enquired she narrated her ordeal to her.

Complainant reported the case to the Kaneshie Domestic Violence and Victims Support Unit and he was given a Police Medical Report form to seek treatment.

Prosecution said after the examination, the report confirmed that the victim has been defiled.

On March 27, this year, Prosecution said Teye was arrested and during interrogation he denied the offence.