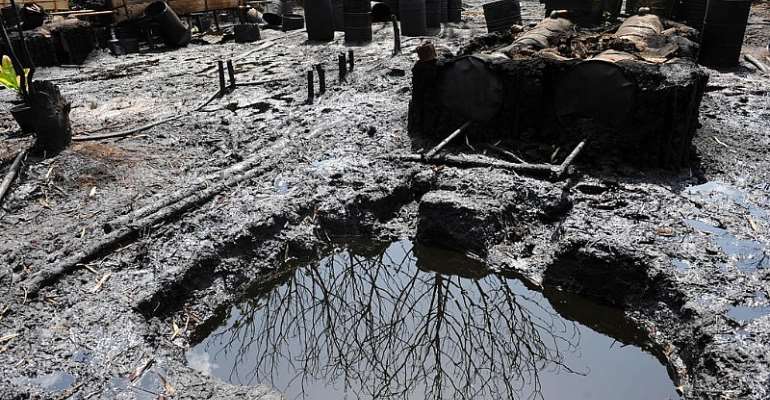 In a long-standing case that has taken 12 years to go to court, lawyers for four Nigerian farmers accused the multinational oil company Shell of polluting the Niger Delta on Thursday at The Hague Appeals court.

The four farmers, although two have since died, are demanding Shell compensate them and clean up the catastrophic oil spills that ruined their three fishing villages on the banks of the Niger Delta, causing disease and preventing them from fishing.

Shell, an Anglo-Dutch company, tried to prevent the case from being heard in the Netherlands, but in 2015, judges ruled that the case should go ahead.

The farmers and their relatives, who are backed by Dutch environment group Milieudefensie, watched the court proceedings via video link from Nigeria.

"This has been a long-running case and you are aware of the subsequent problems as a result of the oil pollution in the Niger Delta," lawyer Channa Samkalden told the three-judge panel, adding, "a solution still seems a long way off.”

She showed the judges videos shot in and around the southeastern Nigerian villages of Goi, Oruma and Ikot Ada Udo, displaying gushing oil spills and showing how villagers had their hands streaked with chemicals after dragging them through the oil-laden water.

Three oil spills had occurred in the 2000s there.
Chief Fidelis Oguru, one of the original plaintiffs, told journalists that he believed he lost his sight due to the oil spills near Oruma. He spoke to them before the court case began.

"The land that contained our source of income had vanished,” said Oguru, adding, "I hope that the Dutch court will give us a favourable judgement.”

Shell has repeatedly said that the spills were from oil bunkering, or sabotage, and maintained it had cleaned up areas where pollution did happen.

"The law in Nigeria is clear that operators are not liable to pay compensation for the damage from sabotage spills," according to a statement by Igo Weli, director of Shell's Nigerian subsidiary.