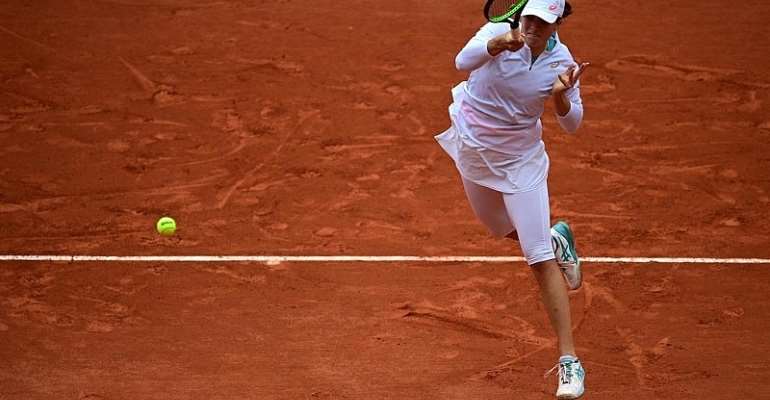 Iga Swiatek become the first Polish player to reach the final of the French Open on Thursday after a 6-2, 6-1 sweep past Nadia Podoroska from Argentina.

The 19-year-old, who accounted for the top seed Simona Halep in the last 16, sped into a 3-0 lead in the opening set before her opponent got on the board on Court Philippe Chatrier.

Podoroska had a point to bring the score back to 3-2 but Swiatek saw that off and held to lead 4-1.

She broke Podoroska for a second time to take the set 6-2 after 36 minutes.

Roll
And the roll continued. Within 15 minutes she was 4-0 up with a double break.

Serving to lead 5-0, she faltered. But Podoroska could not take advantage and promptly lost her own serve to give Swiatek the chance to serve for the match.

She rose to the task without further fuss.
“I'm really happy,” she told on-court interviewer Fabrice Santoro after the match. “It is a dream come true.”

“I have just tried to keep the attitude of my first round match otherwise I will get too stressed,” she added.

Swiatek will play either the fourth seed Sofia Kenin or the seventh seed Petra Kvitova.