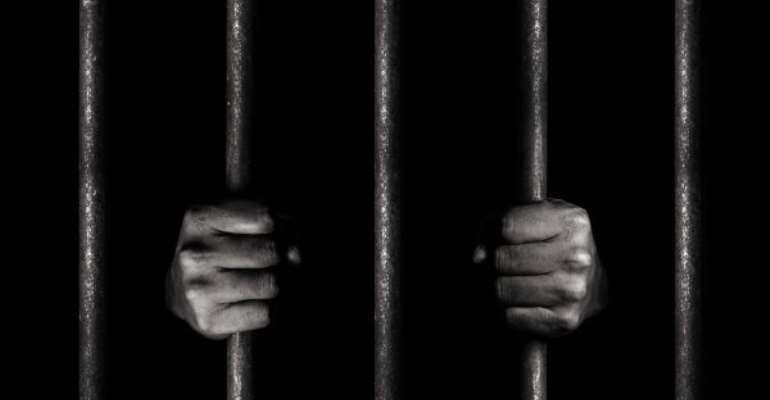 Maxwell Takyi alias Capee and Adu James alias Agya Koo, have been sentenced to a total of 30 years imprisonment by Tarkwa Circuit Court.

The convicts who are farmers pleaded guilty to the charges and the trial judge Mr Emmanuel Bart-Plange Brew convicted them on their own plea.

The Prosecutor, Police Detective Inspector Adams Mumuni, said the complainant, Abubakari Osman Tahiru, a driver with a mining firm at Adowahu lived at Wassa Dunkwa while the convicts also resided at Abio-Nkwanta all in the Wassa Amenfi West Municipality.

Mr Mumuni said the complainant usually transported gold concentrate from the Mines site to Asankrangwa where the Miners lived.

On August 31, 2020, around 11:30am, the complainant who was in charge of a Nissan Pick-up with registration number 6880-17 was sent to convey fuel from Asankrangwa to the mining site.

Prosecution said while the complainant was on his way, four young men wearing face masks and wielding pump action guns emerged from a nearby bush and ordered him to surrender the gold concentrate in his vehicle.

For fear of his life, Detective Inspector Mumuni, said the complainant pleaded with the convicts that he was only going to transport fuel from town to the mining site and promised to hand over the gold concentrate to them in his next trip.

The armed robbers warned the complainant not to reveal what has transpired between them to anyone else they would kill him and also promised to give him his share of the booty should they succeed in the operation.

Prosecution said the complainant on reaching Asankrangwa reported the incident to the police and a patrol team was quickly informed to join the complainant's vehicle to the Mines site.

On the same day around 12:30pm, when the complainant and the duty bearers were returning from the mining site, the armed men came from the bush and intercepted the vehicle.

He said the robbers on seeing the police men in the vehicle started firing at them and they returned fire and in the process two of the robbers who were later identified as Joshua Agyei alias Atsu and Samuel Atanga alias Sammy were killed.

He said Takyi and Adu escaped through the nearby bush with Atanga's gun but the police retrieved Agyei's weapon.

Prosecution said General Coporal Solomon Larweh who was hit by a pallet on his left shoulder and lower lip was sent to the Asankrangwa Catholic hospital where he was treated and discharge on the same day.

Bodies of the deceased were sent to the Enchi Government Hospital morgue for preservation, Detective Mumuni added.

The convict were later arrested by the police upon intelligence.

MPs split heads as anti-LGBTQ+ bill to be laid in Parliament...
57 minutes ago