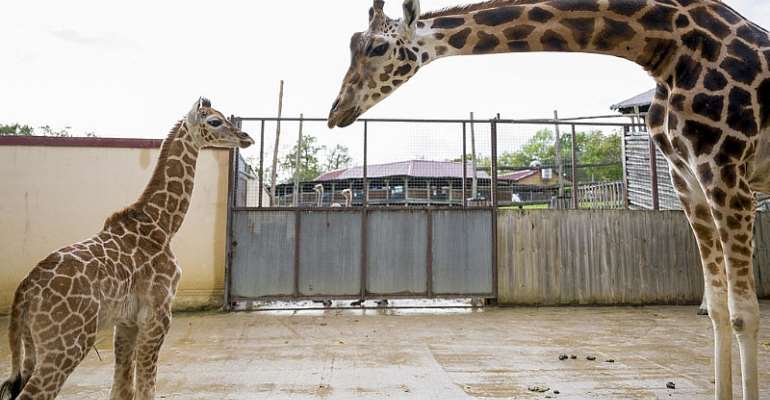 For the first time in thirty years, a rare breed of giraffe has been born in captivity in France.

The baby giraffe weighs 57 kg, is 1.75 m tall, but does not yet have a first name. She was born on 28 September at the zoo of Amnéville, just south of Luxembourg. It is the first time in thirty years that a giraffe has be born in this zoo.

In France the births of baby giraffes "can be counted on the fingers of one hand" each year, says Thomas Grangeat, an ethologist working with the zoo.

Rare species
The newborn is officially a Giraffa Camelopardalis Rothschildi, or Rothshild's giraffe, named after the founder of the Natural History Museum at Tring, in the UK, the 2nd Baron de Rothshild.

It is an extremely rare species of which only some 1,600 are still roaming around freely. Isolated populations of Rothschild's giraffes are found in the savannahs, grasslands, and open woodlands of Uganda and Kenya, while some live in protected areas, such as the Murchison Falls National Parkin Uganda.

The average height of an adult Rothschild's giraffe is some 5 meters. One of its characteristics is that it doesn't have spots on its legs.

The newborn French Rothschild's giraffe was already standing on its feet two hours after its birth to drink milk from Liana, its mother.

In the coming days, a group of Friends of the Amnéville Zoo will vote on a name for the animal.