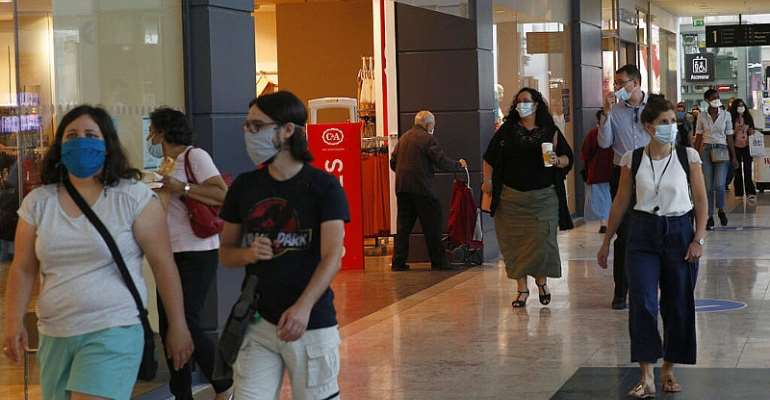 France was preparing Thursday for tighter coronavirus restrictions in several major cities, two days after a maximum alert protocol went into force in Paris. On Wednesday, daily coronavirus infections hit a record 18,746 while the rate of positive test results rose to 9.1 percent from around 4.5 percent a month ago.

He said new measures would be similar to protocols put in place in and around the capital, as well as the region around Marseille in the south.

"We are not in a normal situation, and we won't be for several months," Macron said.

Bars closed
In Paris, bars and cafes were shuttered on Tuesday for two weeks to brake the spread of the virus, just over a week after new restrictions were imposed on Marseille and the overseas department of Guadeloupe.

Massive clandestine parties
In Saint-Etienne, authorities have started an investigation into an unauthorised party, staged by some 150 students in a 60m2 appartment.

According to the website of France Bleu, "fifteen people were invited, they were requested to wear face masks, there were provisions for social distancing, there was disinfectant gel. The host even remained sober to see that everything would be all right."

But quickly things went out of hand after news about the party spread over social media and dozens of others decided to crash, putting themselves in the staircase, causing noise, and eventually the police had to intervene.

"A real catastrophe in terms of hygiene," according to the public prosecutor. Other media have also reported on massive clandestine parties where anti-Covid-19 measures are not respected.

Hospital care
Meanwhile, the number of coronavirus patients in hospital care rose to 7,514 across France on Wednesday from 7,377 a day earlier, with 1,406 in intensive care, of some 5,000 units nationwide.