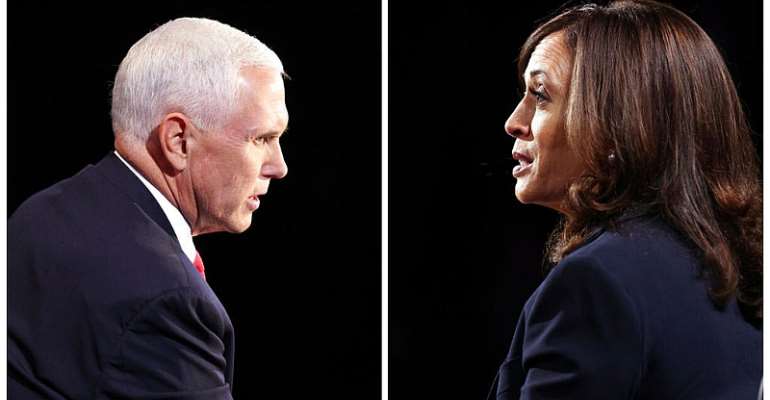 Vice President Mike Pence and Democratic Senator Kamala Harris met Wednesday night for their first and only vice presidential debate, with strong exchanges over the Covid-19 crisis, the economy and the Supreme Court.

However the dual, in Salt Lake City, Utah, was a much less chaotic affair than the showdown between President Donald Trump and Democratic nominee Joe Biden eight days ago.

In the sharpest moments, Pence – separated from his opponent by plexiglass – said the Democratic Party's pandemic plan amounted to "plagiarism”.

Harris, the first Black woman on a major party national ticket, accused Trump of "the greatest failure of any presidential administration" in US history.

Other talking points included a vaccine for the coronavirus outbreak that has killed more than 210,000 Americans, and climate change.

A fly that landed on Pence's head and remained there for some time provided much entertainment for viewers, and quickly became a viral meme.

More attention than usual was paid to the vice presidential debate given the unpredictability of the 2020 election year.

With just 26 days until the vote, opinion polls indicate Trump is trailing in national and battleground state polls, sometimes only by single digits.

Despite the president's positive coronavirus diagnosis, the second presidential debate is still set for next Thursday, 15 October, in Miami.​​​​