Cut The Jokes, Be Serious For Once: Tribal Incitement Can Spell Doom For Ghana! 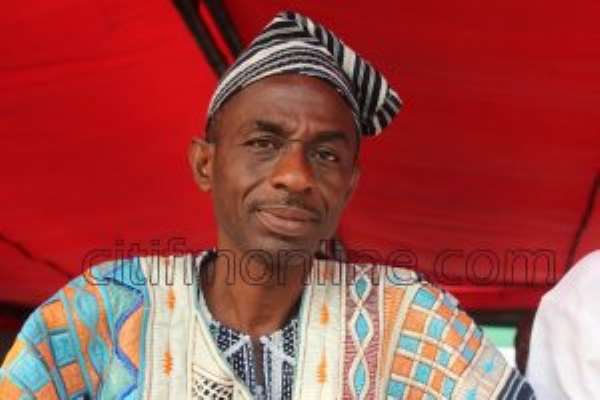 In the wake of the unscrupulous activities of the impenitent secessionists in the Volta Region, amid social restiveness, the last thing you would expect to see is a supposedly patriotic politician indirectly sympathising with the obdurate criminals.

Some of us, in fact, were taken aback listening to no less a person than the General Secretary of NDC, Johnson Asiedu-Nketia, unabashedly suggesting that the chaos in the Volta Region has been orchestrated by the ruling NPP government so as to gain electoral advantage. How pathetic?

I cannot for the life of me, comprehend how and why any patriotic citizen can harbour such a weird notion in the midst of national crisis.

Let us be honest, which government would hire some mindless thugs to cause mayhem and seize part of the country with an unblushing disgust?

Well, if such a notion is not a sheer political gimmick with a view to inciting tribal tensions, what is it then?

Truth must however be told, the NDC operatives are fond of making ethnocentric comments with a view to achieving their parochial interest .

Take, for example, more recently, when the NPP government deployed security personnel to our borders during the voter registration exercise, the NDC loyalists bizarrely accused Akufo-Addo’s government of trying to ostracise the people of Volta Region on tribal grounds.

If you would also recall, a few years ago, a number of prominent Ghanaians and civil society groups, including the then Chairman of Peace Council, Professor Emmanuel Asante and the Media Foundation for West Africa (MFWA) admonished President John Dramani Mahama to refrain from making comments deemed ethnocentric against the NPP and its 2016 running mate, Dr. Mahamudu Bawumia.

Former President Mahama while campaigning at Lawra in the Upper West Region during the 2016 electioneering campaign, was quoted as saying: “the NPP will not allow Dr. Bawumia to be their flagbearer because the party is largely not in support of northerners taking up such positions” (cityfmonline.com/ghanaweb.com, 21/11/2016).

Ex-President Mahama continued: “Sometimes I feel sad when I see some of our northern brothers running and also doing this. They will use you and dump you. “Let anything happen today and let our brother Bawumia say he is standing for president in NPP. They will never give it to him I can assure you”.

We must not lose sight of the fact that most wars, crimes and genocides which were perpetrated against humanity were arguably expedited through the use of hate speech aimed at securing popular support for illegal and violent action.

In as much as the politicians and their teeming supporters are desperately seeking power, it does not in any way give them an audacity to engage in tribal incitements as means to score cheap political points.

I must, however, emphasise that electoral tensions before, during and after elections had culminated in conflicts in countries such as Ivory Coast, Kenya, and Zimbabwe, amongst others.

Suffice it to stress that the conflicts in those countries did not happen overnight; the perpetrators started the process gradually. They wanted to win power at all cost.

Apparently, the widespread violence following relatively orderly balloting in elections in Kenya on 27 December 2007 and in Zimbabwe on 29 March 2008 accentuate the significance of understanding the electoral tension before, during and after elections.

As a matter of fact, Ghana, your country, my country, must not and cannot go that way!

Of course, electoral violence before and during elections threatens the individual's right to vote, which is valued both as an opportunity to affect the outcome of specific elections.

The overarching question then is: who is preventing some eligible Ghanaians from exercising their democratic rights?

Some of us, as a matter of credibility, do not want to buy the seeming isolated thinker’s view that the ruling NPP government is seeking to prevent some eligible Ghanaians from partaking in the universal adult suffrage.

It is also true that many electorates are unperturbed by any threats because of the enhanced sense of personal wellbeing derived from the "feeling of being involved and having political influence" and "inclusion, identity, and self-determination (Hickman 2011).

Interestingly, it has been well documented that inter and intra ethnic tensions before, during and after elections often cause conflicts (Hickman 2011).

For example, in his 2011 meta-analytic studies, Hickman recounts that the primordial political cleavage in Kenya maps membership in three ethnic blocs—“Kikuyu/Embu/Mem, Kalenjin/Maasai/Turkana/ Samburu, and Luo”; “none of which comprises a majority of the national population”.

On the other hand, Hickman observes that political divisions in Zimbabwe were once inter-ethnic, mapping membership in the two major ethnic groups: “the majority Shona and the minority Ndebele”.

However, the most prominent contemporary political division in Zimbabwe is clearly “intra-ethnic rather than inter-ethnic: among the Shona”.

More specifically, however, where the post-election violence was largely inter-ethnic in Kenya, it was intra-ethnic in Zimbabwe.

In Kenya, the violence was centred on two regions: “the Rift Valley and Nairobi”.

What is more, inter-ethnic fighting over land in the Rift Valley and opportunistic criminalities by gangs in Nairobi were evident in the violence in Kenya.

In contrast, these were largely absent in Zimbabwe, where the violence was characterized by intra-ethnic partisanship.

“Kenyatta, a Kikuyu, and Moi, a Kalenjin, represented KANU's ethnic alliance between the Kikuyu/Embu/Meru and the Kalenjin/Maasai/ Turkana/Samburu”.

The subsequent bitter falling out between Kibaki and Odinga, caused by Kibaki's failure to fulfil his promise to support Odinga as candidate for the presidency after serving one term, meant that the two would face one another as presidential candidates in the 2007 general elections”.

Apparently, public opinion survey findings reveal that an overwhelming majority of Kenyans do not see themselves as narrow minded and ethnic loyalists. Unfortunately, however, the civic idealism expressed in such self-conceptions largely succumbed to ethnic identity and interest in their actual voting decisions.

"The Kisii and the Luyha largely supported Odinga, but less exclusively."" The deep ethnic division in Kenya is reflected in public opinion survey findings, which reveal dotted variations among ethnic groups in perceptions of the fairness of the 2007 election”.

“The violence that followed the announcement of the elections results—left 1,133 dead, many others wounded and hundreds of thousands internally displaced”.

What is more, Kalenjin and Massai targeted Kikuyu in the Rift Valley. “Ethnic gangs in the informal settlements around Nairobi targeted members of other ethnic groups”.

Take, for example, “the sect/organized crime group of Kikuyu called the Mungiki targeted the Luo”.

On the other hand, the outbreak of violence after the 2008 general election in Zimbabwe accentuated the erosion of one-party rule by President Robert Mugabe's

Zimbabwe African National Union-Popular Front (ZANU-PF) that began with separate elections in 2000 in which it lost a constitutional referendum and consequently lost parliamentary constituencies to candidates ofMorganTsvangerai's Movement for Democratic Change (MDC).

In ending, let us beseech the lunatic fringe of Ghanaian politicians and their teeming supporters to refrain from any acts of tribal incitement that can disturb the peace and security of the country before, during and after the general elections because the good people of Ghana do not wish the apocalypse of electoral violence.