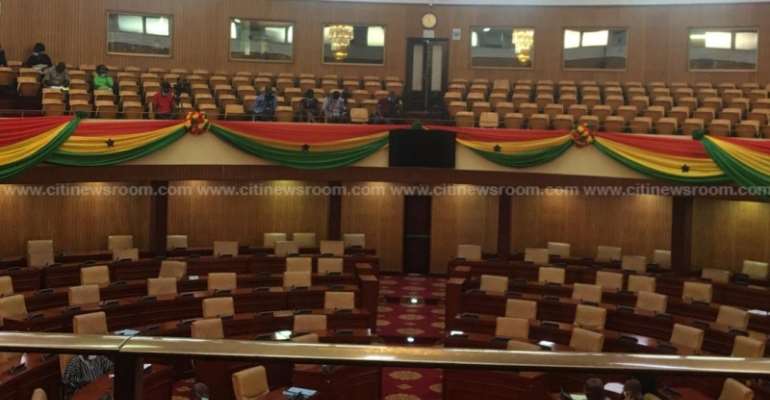 Speaker of Parliament has turned down a request from the Minority side to have deliberations on a $243 million loan agreement suspended due to lack of quorum in the House.

The Deputy Minority Leader, James Avedzi, raised concerns over the lack of quorum based on Standing Order 48 which stipulates that the House must have one-third of its members present before proceedings begin.

“Mr. Speaker, for a House of 275 members, only 16 of us are here, and we are not doing our country any good. If you can stand down, let’s get the numbers, and the members can debate the issues very well, and we can go ahead and approve it,” he said.

Kyei Mensah Bonsu observed that these are not normal times, “especially this week when members have fanned out to their various constituencies to do the filing [of their nomination forms for the 2020 polls].”

He also suggested that the Minority was being disingenuous with its concerns given previous discussions both sides of the House have had on the matter.

“Four years ago, when we had to be doing this, I was the Minority Leader then, and we had appeals made to us, and we agreed and conducted business. We should be consistent and not make it appear that this is the first thing that is happening.”

Beyond this, Mr. Kyei Mensah Bonsu thus said there was a prior consensus on this particular loan agreement.

“I think that we can go on with business. After all, this is non-contentious and it was unanimously adopted at the level of the committee.”

The deal in question is Supplier’s Credit Agreement between Ghana and Messrs. Dongfan Electric International Corporation for the procurement of standard gauge rolling stock for railway construction.

It has a grace period of two years before a repayment period of 10 years.

The agreement was first brought to Parliament on August 3, 2020.