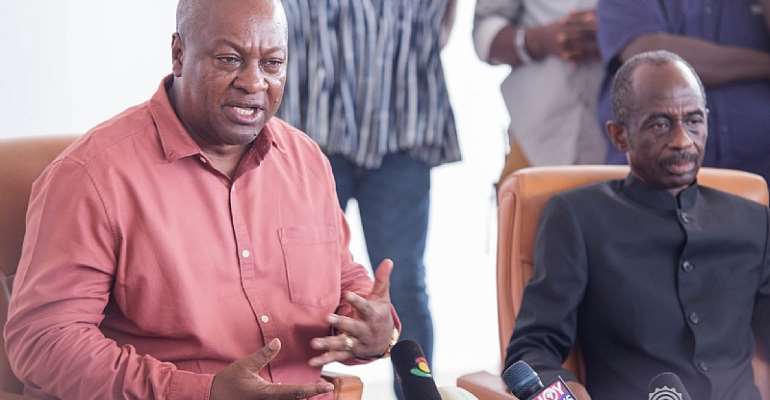 The General Secretary of the National Democratic Congress (NDC) Johnson Asiedu Nketia will later today lead a delegation to the Electoral Commission headquarters to file the nomination of former President John Mahama for 2020 elections.

Mr Mahama on Tuesday stated on Facebook that he has already endorsed the relevant portions of the forms to be submitted on his behalf.

Meanwhile, President Akufo-Addo has submitted his nomination to contest on the ticket of the ruling New Patriotic Party.

Submitting the forms, the President urged the EC to conduct free and fair polls.

“I am not interested in any crooked results. I don’t want to be President elected by deceit. I look forward to a contest that will be fairly conducted. So that if indeed by the grace of the Almighty, I am again the choice of the Ghanaian people, it will be one that was freely and openly demonstrated”.

He also praised the EC for the work done so far.

“Unless you have some kind of hidden agenda, I don’t think anybody can doubt the fairness of the processes that have so far been exhibited. We are all witnesses to the process and I think that all serious-minded Ghanaians are clear in their minds that they are witnessing a clear process. There are some who are investing in trying to discredit the process for their own sectarian ends, but I am not one of them,” he said.